The report noted that through 2022, better growing conditions relative to 2021 across much of western Canada contributed to improved yields.

“Despite the general improvement over 2021, dry soil conditions persisted in many parts of the Prairies, affecting growing conditions in those regions,” the release said.

In Alberta, wheat production climbed by 76.7 per cent to 11.3 million tonnes, the report said. Yields increased by 59.8 per cent to 55.6 bushels per acre, while harvested area rose by 10.6 per cent.

“Wheat yields in the province were at their highest level since 2020 and above the five-year average of 49.2 bushels per acre from 2017 to 2021, as timely precipitation contributed to greater production.”

Roger Chevraux has been re-elected as chair of the Alberta Canola board of directors, along with Ian Chitwood as...

END_OF_DOCUMENT_TOKEN_TO_BE_REPLACED 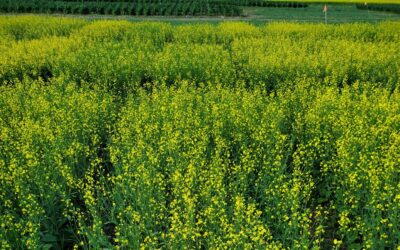 The prairie provincial canola grower associations have made the decision to discontinue funding of the current variety...

END_OF_DOCUMENT_TOKEN_TO_BE_REPLACED

Alberta Canola Conference to Start in 2023