With neonicotinoids under review in Canada, what can Alberta farmers learn from the United Kingdom where neonics are banned? Farmers are experimenting with various agronomy practices for pest control.

The United Kingdom may no longer be part of the European Union, but the EU’s presence still lingers. Following years of environmental regulations crimping farming practices, farmers are still finding themselves grappling with EU-enacted controls, including the ban on neonicotinoid insecticides, which flipped regular farming practices upside down.

In Britain, farmers have been forced to become creative in trying to protect their crops against pest infestations. Despite their best efforts, the pests still plague them and they’re stuck waiting on science to catch up to the regulations, says Scott Cockburn, business manager for Syngenta Crop Protect in the United Kingdom.

The EU regulations date back to 2013 when the European Council placed restrictions on the use of clothianidin, imidacloprid, thiamethoxam and fipronil, banning their use on flowering crops which appeal to honeybees and other pollinating insects. The decision was made based on studies which found bees were dying due to the insecticide use. The regulations became more wide-ranging in 2018, with full bans enacted.

Across the pond the studies on pollinating insects and insecticides have caught Canadians attention. In 2016, the Canadian government first proposed a phase-out of all agricultural uses of imidacloprid, as the insecticides were accumulating in ponds, creeks and other water bodies near agricultural land. Two years later the same phase-out recommendation was made for thiamethoxam and clothianidin. The decision is still pending.

“It’s always a concern when these things are under review, and we need to see where things come out,” Ward Toma, general manager of Alberta Canola, says. The European reviews were mainly based on results from older formulations of neonics, he notes. However, Toma says the bee issues were caused by older formulations which have since been addressed, giving him confidence Canada will base its decision on the latest science available.

In the UK, farmers have struggled with life after neonics for years. Cereal crops have been easier to manage, but others, like rapeseed, are challenging and acreage has started to fall. Flea beetle infestations have been getting worse with larvae now being found in the stems of the rapeseed plants — unheard of before the ban.

“It’s not uncommon to split main stems in early spring and find 30 larvae in the main stem,” Cockburn says. “In the worst-case scenario, they’re completely severing the main stem, so the plant just dies.”

In winter cereals, farmers have experimented with agronomic practices to try and protect their crops. They have started using minimal tillage, although Cockburn says the UK is behind compared to Canada on no-till practices.

Stubble hygiene has also been tried out, although this relies heavily on the use of glyphosate, which is another whole debate. Chemical control has been used, but pests, such as aphids, are starting to show chemical resistance.

Cover crops have been experimented with. Farmers have also tried seeding at later dates — the crops germinate in colder temperatures, killing the aphids off. Companies have even begun marketing precision agriculture tools to help determine optimal seeding dates to beat aphid attacks.

Rapeseed farmers have also been playing around with similar practices. Some have tried seeding their winter rapeseed crops at earlier dates, claiming it causes better stand establishment, making them able to with withstand infestations. Others argue a later seeding date works better as their crop misses the window for the main aphid attack. Some have used higher seeding rates to try and dilute infestations, however, if all plants reach maturity, the crop is then overcrowded.

Others have tried alternative other crops, such as linseed, maize, soybeans, sunflowers or pulses, instead of rapeseed in their rotations. Trap cropping, where the previous rapeseed stubble is left out for the flea beetles to attack while the new crop germinates, has been experimented with. Cover crops, such as mustard, have been used, with some even grazing sheep on the crop. No-till and chemical treatments have been experimented with. Some farmers claim the flea beetle infestations are worse at night, so they’ll spray for them then.

“We’re getting lots of theories with all of this. People want to do things that they’ll swear blind at,” Cockburn says. But so far no one has been able to crack the code and find the perfect pest control method.

In Alberta, if the worst-case scenario happens and neonics are banned, Toma expects farmers would follow the lead of their European counterparts and start using foliar applications instead of pesticides, which could lead to insecticide resistance with pests.

This “would cause potential problems down the road. We’d have to look at potentially increasing rotations which is not necessarily a solution,” Toma says. “It is something that we’re going to have to either bear increased costs with or invest a lot of money into potentially finding another resistance mechanism.”

Moving forward in the UK, the industry will start to catch up to the regulations and will release new products to assist farmers in their fight against pests, Cockburn expects.

Rapeseed, on the other hand, faces a tougher future. The viability of the crop will depend on new pesticide discoveries and biocontrols. There is hope, though, as white mustard has pest resistance and it is related to rapeseed. Cockburn suspects those resistance genes will be brought into future rapeseed varieties.

“Undoubtably we will get new pesticide discoveries. They will come along, but they’re fewer and harder to find nowadays,” he says.

END_OF_DOCUMENT_TOKEN_TO_BE_REPLACED 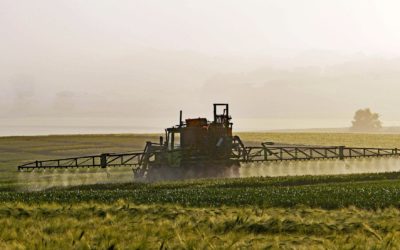