Another Increase for Agricultural Real Estate Values in 2017 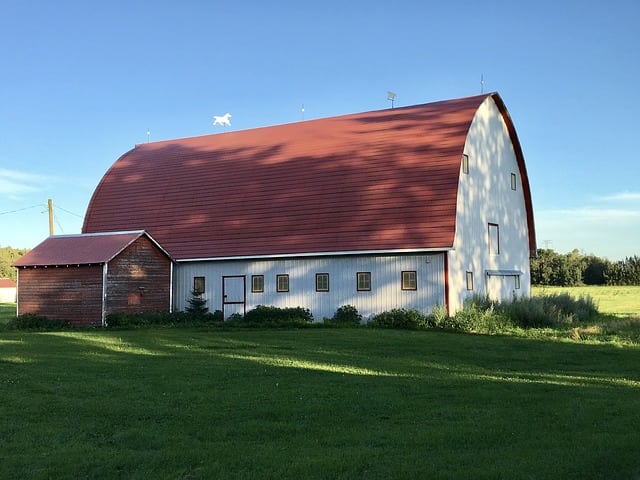 For the 14th year in a row, agricultural real estate values in Alberta have increased. Ryan Furtas, input market analyst with Alberta Agriculture and Forestry (AF) takes a closer look at Agricultural Real Estate Values and Transfer for 2017.

The higher value land is generally associated with high productivity, proximity to urban centres, or the QE2 corridor between Calgary and Edmonton. Adds Furtas, “However, counties with access to irrigation such as Newell and Warner achieved top value at approximately $5,900 per acre. “

Furtas says that the number of transactions and volume of acres sold are connected and have been steadily decreasing. “Surprisingly though, the number of acres sold and number of transactions both increased. In 2017, just over 300,000 acres were sold, up 8.5 per cent from 2016. However, the 2017 number of acres sold is very close to the 5 and 10 year average of number. Leading the way were the counties of Beaver, Flagstaff, Grand Prairie, Mackenzie and Northern Lights, and they were all trading around 10,000 acres per county.”

The 2017 average number acres trading hands for each municipality was approximately 4,500 acres, adds Furtas. “The number of transactions in 2017 was just over 2000, nearly identical to the 10 year average. It was 10 per cent greater than the 2016 number, and the counties of Beaver, Flagstaff, Grande Prairie, Northern Lights, and Mackenzie represented the upper echelon of transactions.”

Furtas says that the dollar per acre value increase of $312 is the largest dollar per acre increase seen in the 20 year data set. “The Alberta average per acre price is creeping up on $3000 per acre mark. The number of acres and sellers – despite an uptick in 2017 – are generally decreasing when analyzing over the longer term.”

The statistic section at AF develops and publishes Agricultural Real Estate trades that occur in each of the 70 rural Alberta municipalities. This data can be beneficial for producers trying to determine agricultural land values. Says Furtas, “The regionalized data includes a per acre dollar value for all the sales in the municipality, as well as the number of acres traded and how many transactions occurred. Each transaction is classified and organized according to the Canadian Land Inventory rating system. The rating system categorizes land by its productivity, allowing producers to make comparisons to land of similar productive capability outside of the local area.”