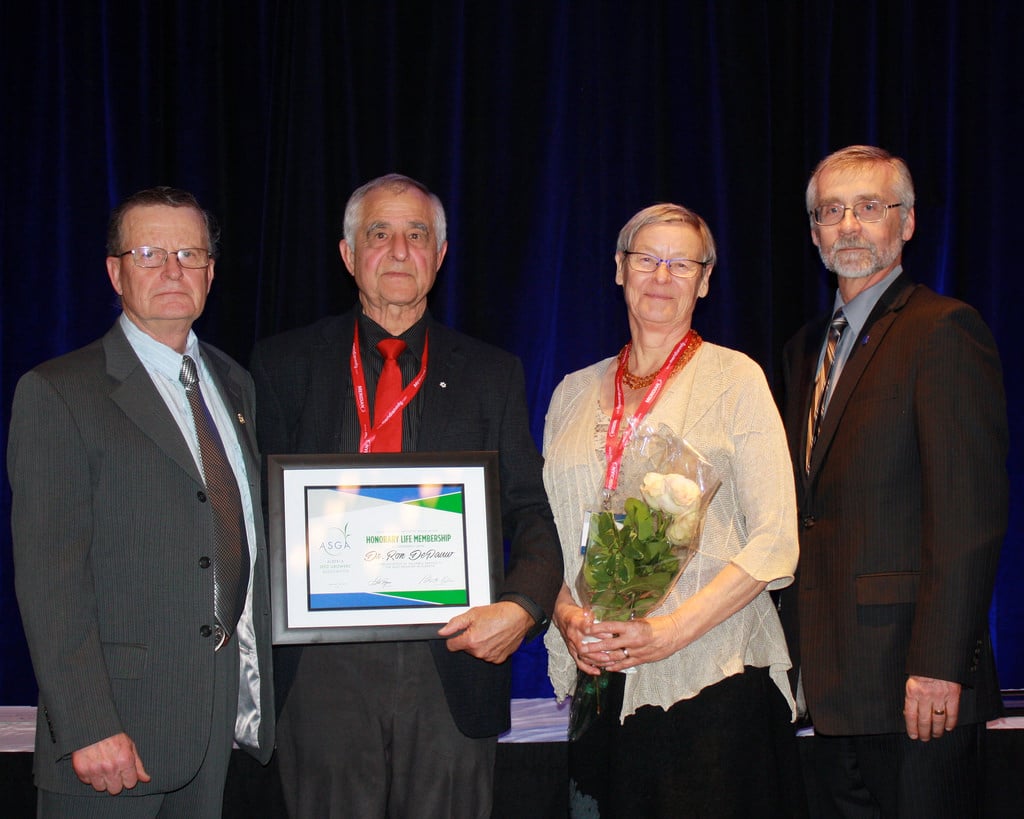 Harvey is an internationally recognized scholar, scientist, administrator and public servant. He has taught classes in plant sciences, genetics and plant breeding at the diploma, baccalaureate and postgraduate levels. He has a special interest in curriculum development and teacher evaluation and has served on numerous committees in these areas. He developed the accreditation regime for programs in agrology managed by the Agricultural Institute of Canada and is director of accreditation for that organization. He has participated in accreditation reviews of programs at all of Canadaâ€™s agricultural universities as well as several outside of Canada.

DePauwÂ has actively participated in the registration of 56 cultivars of spring wheat, durum wheat and six cultivars of triticale. His hard red spring wheat breeding program has produced cultivars with wide adaptation, shifting the negative relationship between grain yield and grain protein concentration with AC Barrie â€” setting a new standard of production; Lillian became the first solid stem wheat ever, to be the most widely grown cultivar in Canada in the Canada Western Hard Red Spring wheat market class, Carberry, a CWRS variety with resistance to numerous diseases and short strong straw, was the most widely grown cultivar in 2014. Stettler was most widely grown in Alberta for the past several years.

The Bill WhitbeckÂ Outstanding Service Award was given toÂ Ward Oatway andÂ Harold WarkentinÂ in recognition of their contribution to pedigreed seed production in Canada.

A seed grower since 1984, OatwayÂ farms with his wife Lori and daughters Ezri and Brie along with his parents, Grant and Lois, on the family farm south of Clive, Alberta. Together they farm approximately 1,300 acres of seed barley, wheat, peas and commercial canola. They condition the bulk of the seed on-farm, while also utilizing the local Clive Seed Cleaning Co-op.

A pedigreed seed grower since 1979, Warkentin is an active contributor to the industry. In his earlier farming years he worked extensively with the Beaver County Ag Fair seed section to promote seed production, and over the years has also worked with many plant breeders to test new seed varieties.

Retiring directors Larry Penner and Patrick Fabian were given special thanks for their time and service on the ASGA board of directors.

For more photos from the event, visitÂ http://seedalberta.ca/media/