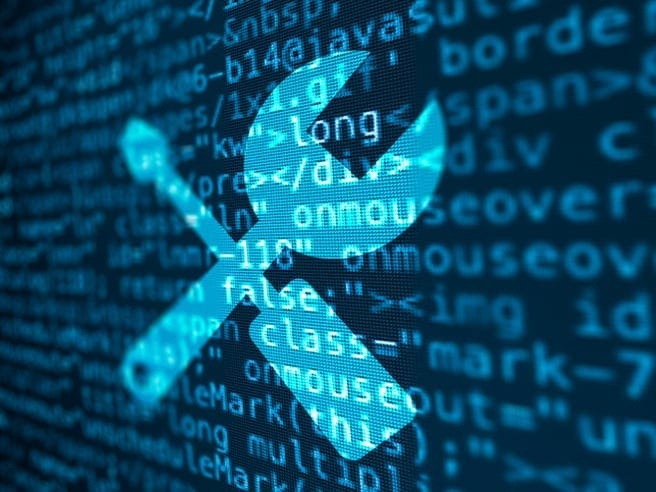 The development and testing of the xarvio app holds lessons for seed growers and breeders, including the importance of AI and not trying to replace your agronomist with an app.

Analysis of large amounts of data – and the hardware to collect this data – is becoming the norm in many sectors, including seed.

In agriculture in general, this concept is being applied to everything from biosecurity (for example, the Canadian geo-fencing livestock farming system Be Seen, Be Safe) to crop management (the ‘xarvio’ Scouting App from BASF, available in Canada since June).

Collaboration and innovation have played a huge role in the development of xarvio — apps like it show a unique approach to technology development due in part to the unique needs of seed growers.

Featuring instant photo recognition, the xarvio app allows seed and crop growers to directly and more efficiently identify and map weed and disease threats in their fields. There is no cost to download the app and no subscription required, but the xarvio portfolio also includes some paid systems such as ‘Field Manager.’

As with an increasing number of software platforms, individual data collected by xarvio users is shared throughout the system, allowing its machine learning algorithms (artificial intelligence) to both continually improve the precision of results that everyone receives, and boost the collective functionality of the system itself. This means, for example, that data from disease threats identified in one area is turned into warnings for other close-by areas. Indeed, as the app is used more widely and the database grows, crop health challenges can be better identified on a global scale.

BASF reports that since the app was first used in Europe in November 2017 (launched at the Agritechnica event), it’s now being used in 90 countries with close to 60,000 users on board. It was launched in the United States in August. The app has already amassed a database of 150,000 weed and crop disease images and is on track to add an additional 100,000 images by the end of the year.

“Time is always a scarce resource for those in the field making decisions,” notes Tanja Rolletter, head of global external communications and brand strategy in BASF’s agricultural solutions division. “Instead of scrolling through menus or opening books and manually matching what you see in the field to a picture, xarvio SCOUTING uses a picture that you take for instant identification. This saves time and can reduce the risk of mis-identification of pests, especially for those who don’t have as strong a background in pest identification.”

System data is stored in the Amazon cloud and other certified service providers guarantee a high level of data security. How long an individual user’s data is stored depends on the terms and conditions during sign-up.

Collaboration in Canada and Beyond

Prior to public launch in various global regions or countries, the xarvio recognition algorithms for pests and weeds were trained and improved upon through collaborations with academic institutions, extension organizations and more. In Canada, Linda Hall — a professor in the University of Alberta’s department of Agricultural, Life and Environmental Sciences — was approached by BASF to take and share photographs of growing and adult weeds in the university’s greenhouse as well as in research fields.

“We did this free of charge as BASF (and Bayer before it) have provided graduate student funding and many other supports over the years,” says Hall. “We were happy to do it as a service within the collaboration. It’s how farmers work and it’s how agriculture works, and I think it’s a little different in that way from other sectors.”

BASF, she says, wanted images of Canadian weeds specifically, as they are in some cases a little different from the weeds found in the United States. Ellen Misfeldt, a plant science departmental assistant at the University of Saskatchewan, was also asked to provide weed pictures.

“This is our second year on the project,” says Farming Smarter General Manager Ken Coles. “Basically, all we’ve been doing is taking thousands of pictures of weeds at various stages. Weed identification is important for proper choices in weed control options. It also helps with tracking shifts in populations. You only look at them at a particular growth stage maybe once or twice a year so it’s easy to forget what they look like at various growth stages.”

When asked what users around the world have identified as liking best about the app, Rolletter names ease of use as top of the list. “For users, the simplicity of taking a picture and sending it for instant recognition is the most common feedback we’ve received when showcasing the app at field days and events,” she notes. “When the result comes back to the users, they get a bit of an ‘ah ha’ moment. Most apps require you to have some basic identification knowledge and work through menus of features to find your probable result. The xarvio SCOUTING app has simplified recognition.”

One of the user challenges BASF has heard about is a non-recognition result after a picture of the weed or diseased vegetation isn’t recognized by the system. “This is by design,” stresses Rolletter, “so mis-identification doesn’t occur, and will also be more common in early days of the app as the algorithms continue to be added to with more types of weeds and diseases.” She notes that BASF continues to work hard in many countries to boost the collection of pictures that continue to train the algorithm. Software updates are added regularly through major app stores and users should be downloading these.

As with any new system, some changes have already been made since launch and more are to come. To date, that includes a synchronization of the xarvio app with online xarvio Field Manager accounts, allowing users to reference the archive of scouting reports and pictures inside a more robust field management system instead of just the one on their mobile device.

In Coles’ view, the app can “really help” with accurate identification and could eventually lead to autonomous scouting. However, he warns that it could be dangerous to try and replace a well-trained agronomist with an app such as this, and that it should be used only as a tool.

As is the case with other new high-tech tools in agriculture and beyond, at the same time current limitations are recognized, future potential should also be recognized. “So far, error is quite high,” says Cole, “but with more data it should get better.” And as we’ve learned, adding to that data and reducing error is all about further collaboration and collective use.

“Agriculture has been built on collaborative effort of people helping people for a greater good,” says Rolletter. “Growing a healthy crop is not as easy as hitting a single button. Collaborative companies allow for exponential improvement in agriculture and will always keep our sector improving sustainably and profitably to feed a growing population together.” 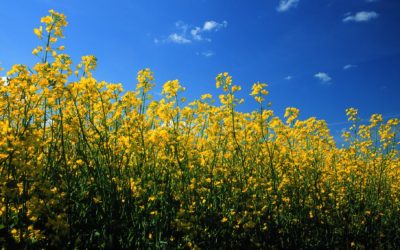 The Canola Council of Canada (CCC) has released a new seed cost feature for the Canola Calculator to help canola growers...

END_OF_DOCUMENT_TOKEN_TO_BE_REPLACED 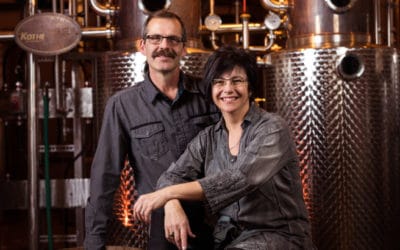 The 2019 meeting of the Prairie Grain Development Committee saw breeders focus not just on how they do their work, but why...

END_OF_DOCUMENT_TOKEN_TO_BE_REPLACED 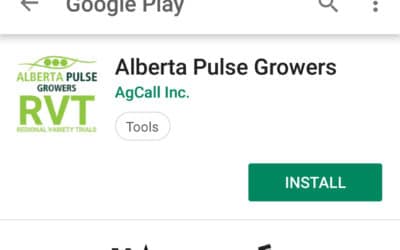 Since November, Alberta pulse producers have been able to download a smartphone app that allows them to search data from...