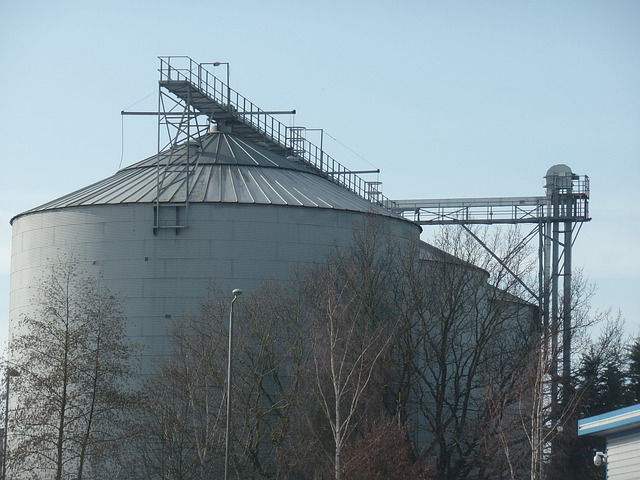 During harvest, many producers are able to sell their grain directly off the combine for the right price. However, due to contract requirements, delivery or shipping opportunities, that may not be possible. Alternatively, some producers have excess bin space and see an opportunity to rent this space out to their neighbours.

“The most significant ownership costs of grain storage are depreciation, return on investment, repairs, taxes, and insurance (often called the DIRTI 5),” says Dean Dyck, business management specialist at the Alberta Ag-Info Centre. “Depreciation is the loss in value of the asset over its lifetime due to wear and tear and obsolescence. Typically, flat or hopper bottom bins depreciate at 4% per year over a 25 year lifetime.”

A study published by Alberta Agriculture and Forestry’s Economic and Competitiveness Division also calculated the cost of grain rings and grain bags. “Grain rings are the most economical solution for grain storage at 10 cents per bushel per year but are temporary solutions with a high risk of pest, wildlife and moisture damage and loss,” says Dyck. “Grain bagging systems have a high investment for the bagger and extractor, high spoilage and depreciation costs and low salvage values. The study estimated the cost at 53 cents per bushel per year.” Read the Grain Storage Considerationsstudy.

Dyck says if you are holding grain in the bin for later sale, interest is a significant cost, adding the actual interest cost depends on the producer’s cash flow. “To calculate the monthly interest cost, a general guideline is to use your operating loan interest rate times the value of grain per tonne divided by 12. For example, if the cash price of #1 CWRS 13.5 is $221 per tonne and with a 5% operating loan, the interest cost of holding that grain equates to 92 cents per tonne per month.” Dyck says this cost can become significant if grain is held for a long period of time and can decrease your profit. 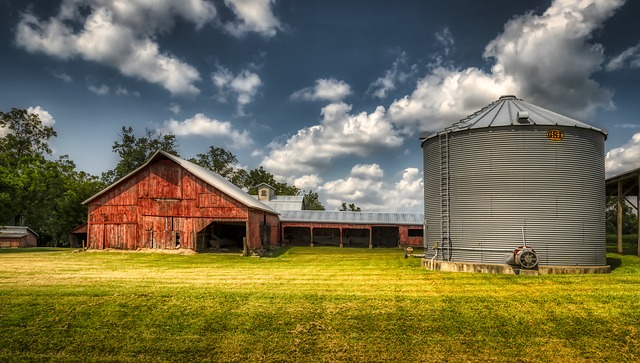 A little preparation prior to harvesting can ensure worry-free winter crop storage.

“Warm or wet conditions at harvest and multi-staged crops are potential ingredients for storage problems,” says Harry Brook, crop specialist at the Alberta Ag-Info Centre. “You have spent a lot of money and time getting the harvest in the bin. Take the time to monitor the stored grain’s condition and cool those bins down. Don’t get an unpleasant surprise when selling the grain with discounts or by being rejected for heated grain or insect problems.”

Brook says producers should clean up spilled grain from around their bins to prevent those piles from becoming breeding sites for beetles.

“Most empty grain bins will have some form of insect or mites feeding on the cereal crop residue. These bins need to be swept or vacuumed out with the debris being either burned or buried.”

“Malathion can be sprayed into a bin to control insects in the nooks and crannies feeding on crop debris, but only in those bins that will be used to store cereals. It is forbidden to use malathion in bins used to store oilseeds. Empty bins can also be treated with diatomaceous earth prior to storing all crops. Diatomaceous earth can also be added to the crop as the bin is filling as a preventative measure.”

Storing the crop is also risky, especially with hot or damp grain, says Brook. “Safe storage is a combination of both the temperature of the grain and its moisture level when stored. The Grain Storage webpage contains a list of crops and the maximum moisture content that are considered to be dry at and safe to store.”

The Management of Cereal Grain in Storage (PDF, 381 KB) factsheet also includes a chart that shows approximately how long damp grain can be stored safely and estimates the amount of time for safe storage.

“Be warned that deterioration can start to occur before the time expires,” he says. “It still has to be either dried or aerated. Grain aeration is best used in the fall to cool the crop temperatures down, allowing crop to be safely stored over the winter.”

Drying via aeration requires warmer temperatures and low humidity, which are often lacking in the fall.

“Fall temperatures will continue to drop, lengthening the time it takes to bring moisture levels down,” he explains. “Even dry, hot grain placed in a bin creates moisture migration. It takes time for grain to stop respiring and moisture to equalize in the bin.”

“The hot grain or oilseed creates circulation in the bin. Cold air outside will cool the grain against the bin sides and moisture will move down the outsides of the bin then come up the middle. If there is any place for the moisture to accumulate, it will be just below the top, middle of the bin. Green seed or immature seed in the bin may also contain more moisture and add to the problem. This is why it is imperative when harvesting hot grain to cool it quickly. Aeration under hot harvest temperatures is important to get the grain or oilseed temperature down to a safe storage level.”