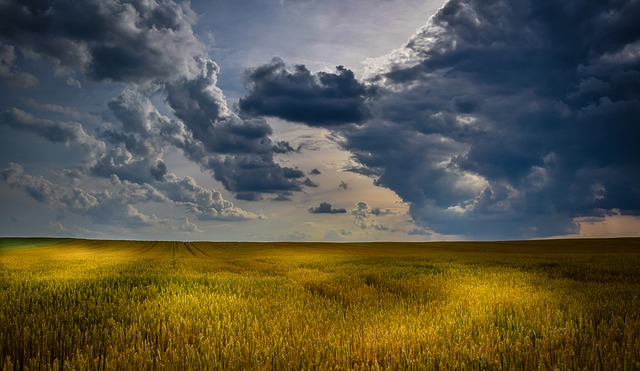 “After the application of a late season pesticide, a crop cannot be harvested prior to the expiry of a pre-harvest interval (PHI) period,” says Neil Whatley, crop specialist at the Alberta Ag-Info Centre. “Failure to do so threatens human health as well as jeopardizes Canada’s grain markets and good reputation.”

He explains why this year’s unusual weather conditions are causing pests such as weeds, fungal diseases and insects to emerge at unexpected times.

“Soil conditions were dry in many areas of the Prairies when seeding began in May, and the growing season overall has been cooler than normal.”

“While some producers waited for rainfall prior to seeding, most planted their crops in a timely fashion and some experienced only partial seed germination. When rainfall occurred several weeks later, the remainder of their crops germinated, creating variably maturing crops.”

“Later rainfall also caused later weed flushes,” he adds. “The unusually cool growing season has resulted in less overall heat units and therefore, slower crop maturity. Depending on heat units during the month of August, crops may or may not mature rapidly.”

He says that variable maturity means that crops are vulnerable to similar pests more than once.

“It may be tempting to apply a herbicide to control a later-emerging noxious weed in a crop prior to the weed forming seed. Continuous rainfall over an extended period causes fungal diseases to do more damage to developing crop heads and pods with ensuing damage to seeds.The bertha armyworm can be problematic at a later stage of canola development even under normal conditions.”

Whatley says that it is important to review a pesticide’s rate, timing and PHI prior to its application. Pesticides include herbicides, fungicides and insecticides. A PHI is the number of days allowed following a pesticide application and the harvest of crops for edible consumption.

“There should be no trace of chemical remaining in the seed, so an interval – established through research – refers to the number of days required for a chemical residue to disintegrate in the plant. Depending on the crop or pesticide type, interval periods vary. Harvest is defined when the crop is initially cut by either swathing or direct combining. Post-cutting field activities and grain storage are not included in the interval.”

However, Whatley finds that grain producers are being proactive and are using PHI guidelines such as those found in Crop Protection 2019 or the website Keep it Clean which features a useful drop down menu for the PHI of various crops and associated pesticides.