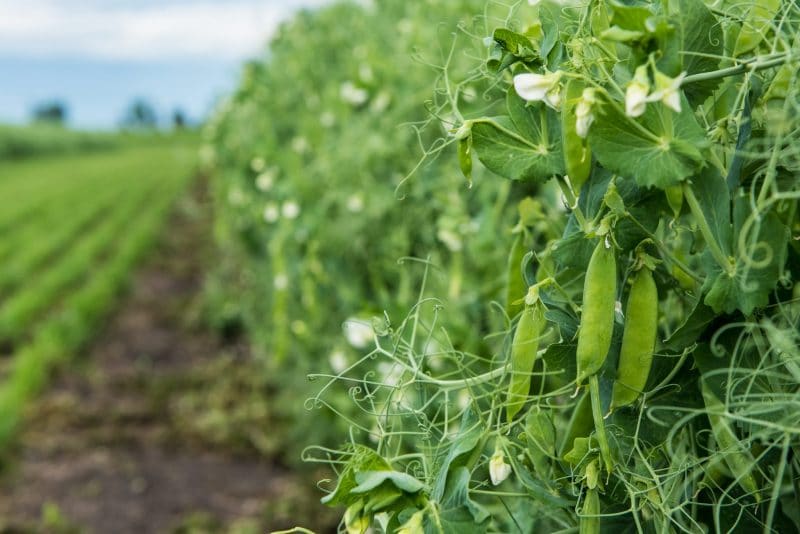 DL Seeds has added its forage field pea varieties DL Delicious and DL Goldeye to the program. Delicious will be distributed by FP Genetics and will be available in 2021, while Goldeye will be sold through Riddell Seed Company and is available in small amounts for 2020 with more coming in 2021 as seed production contracts are sought.

According to Craig Riddell, owner of Riddell Seed Company, DL Goldeye is ideally suited for use in forage cereal blends with early developing pods and small seed size to facilitate blending.

DL Delicious has the potential to be the next big forage field pea variety on the Prairies, says FP Genetics CEO Chris Churko.

The SVUA pilot program now includes a total of five varieties. Earlier this year it was announced that Limagrain Cereals Research Canada’s first two wheat varieties, CS Accelerate and CS Daybreak, would be included and distributed through Canterra Seeds. SeCan is also offering a glyphosate-tolerant soybean developed by North Dakota State University called ND17009GT that is currently going through the registration process.

Under the SVUA program (launched in March by the Canadian Plant Technology Agency), producers who purchase a variety with a SVUA attached will be invoiced a Seed Variety Use Fee for every year that they choose to divert some grain of that variety to use as seed (often referred to as farm-saved seed).

The pilot will assess how the SVUA works in a real-farm situation in order to better inform the value creation discussion for the entire agriculture value chain, notes CPTA executive director Lorne Hadley. Specifically, the pilot will evaluate the proposed platform that will be used to contract, track, invoice and collect fees for farm-saved seed of SVUA varieties.

CPTA has created this pilot program in response to producers who raised questions during the value creation consultations. The outcome of the pilot will provide producers with detailed answers about how the SVUA will work. It will also help the seed industry better understand how it can generate a return on plant breeding investments.

“This is a direct-to-customer prototype to show how modern communications and contracting tools can be used to generate revenue for plant breeding programs in Canada,” Hadley said. “Producers will be able to directly reward breeders of varieties they see value in and want to enter into a SVUA for.”

The SVUA platform is a confidential, online database that will handle all SVUA agreements, variety use acknowledgements, declarations, invoices, payments and compliance activity and data. Phase 1 of the SVUA platform will be operational in March 2020. Phase 2 of the System will be completed by March 2021.

The system is built on a platform used by all retailers and growers of midge tolerant wheat (MTW) in Western Canada for the past decade. Modifications to the MTW platform have enabled the SVUA platform to be developed for value creation purposes, Hadley noted.