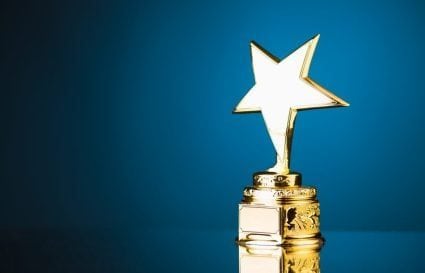 The Alberta Pulse Growers (APG) selected Kirsty Ross (Piquette), who was instrumental in building the field pea industry in northeastern Alberta, as the winner of the fifth annual Alberta Pulse Industry Innovator Award.

“Each year, APG recognizes a person or organization whose progressive thinking and tireless efforts helped build Alberta’s pulse industry into the flourishing sector that it is today,” said APG Vice-Chair Don Shepert. “Kirsty became a visionary for the pulse industry in northeast Alberta. She introduced a new crop that had no history in the area. She persevered through the use of grower groups to advance the crop to a place of prominence in rotations in our area. Kirsty’s commitment to the farming community is not forgotten, and it is very well appreciated by all those affected by her work.”

As a provincial district agriculturist for the St. Paul area in the mid-1980s, Ross started to look for another option to add to the area’s crops and generate more cash flow for farmers. She began to organize field trials after becoming intrigued by the nitrogen cycle and nutrients that pulses provide to the soil. Add to this that the St. Paul area was also home to a high concentration of hogs, and the result was that an increasing number of producers started to grow field peas. The St. Paul Seed Cleaning Plant became involved as they saw a future for cleaning dry peas for human consumption. Ross noted that growing the field pea industry in what became Alberta Pulse Growers’ Zone 5 was a collaborative effort that was successful because of the efforts of producers, grower groups, agricultural service boards, plant breeders, and many more.

Ross said that she was honoured to learn that she was chosen as the recipient of the fifth annual Industry Innovator Award.

“I was very stunned and humbled – it was really quite special,” Ross said. “I had a lot of support from the St. Paul Agricultural Service Board who worked with me in organizing local trials on different pea varieties. By proving the crop could be grown and marketed successfully in the area, growers became interested. It was a team effort, but I guess I was the catalyst. I was able to bring everyone together. I always wondered what else we could grow up there (near St. Paul) and peas seemed to be a great fit.”

The Alberta Pulse Growers Commission represents 6,000 growers of field pea, dry bean, lentil, chickpea, faba bean and soybean in Alberta. Our vision is to have Alberta pulses recognized by consumers as environmentally friendly, healthy, nutritious, and recognized by all producers as being an essential element in a sustainable cropping system.