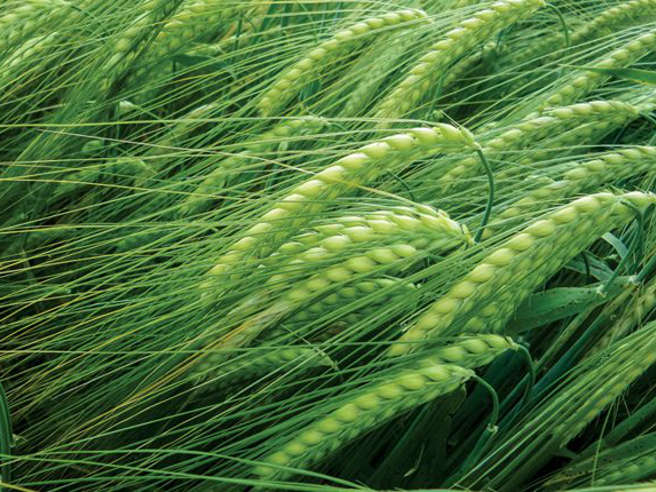 The Canadian Food Inspection Agency (CFIA) announced that it had discovered a small number of glyphosate-tolerant wheat plants growing in an isolated access road in southern Alberta last year.

After extensive research CFIA has confirmed that the material is not in the grain supply nor was it grown in any commercial fields, meaning it is not part of the food system. CFIA also confirmed that the plants do not pose any risk to human health or the environment.

“For the plant science industry, good stewardship means making sure processes and practices are in place to ensure plant science innovations are safe, sustainable and effective — from initial research and development all the way to end-of-life product disposal. The ability of the Canadian system to identify an extremely small number of plants, conduct inspection activities, and respond appropriately is a testament to the strength of this system,” says CropLife Canada in a statement.

“While this glyphosate-tolerant wheat has not been approved for commercialization in Canada, the gene that makes it glyphosate tolerant has been approved by CFIA and Health Canada in corn, soy, cotton, canola, alfalfa and sugar beets and is safe for human consumption, animal feed and for the environment.”

Furthermore, the U.S. Food and Drug Administration (FDA) confirmed the food and feed safety of this gene in wheat more than a decade ago, in 2004, CropLife aded.

“We’re relieved this is an isolated contamination case but we’re concerned that the government couldn’t determine how it happened. Without knowing the cause, contamination could happen again,” said Lucy Sharratt of the Canadian Biotechnology Action Network (CBAN).

Monsanto’s glyphosate-tolerant GM trait was found in several wheat plants on a road in southern Alberta in 2017. The Canadian Food Inspection Agency was unable to identify the cause.

“A less isolated GM wheat contamination incident could be devastating to Canadian farmers and the future of our wheat exports,” Thibault Rehn of the Quebec network Vigilance OGM, “We can’t afford to be careless with GM crops because it’s difficult or impossible to reverse contamination once it occurs.”

Genetically modified wheat is not approved by any government and is therefore illegal. No GM wheat has ever been commercially grown or sold in any country in the world. Monsanto last grew test plots of wheat with this GM trait in 2004 in Canada.

In 2004, Monsanto withdrew its request for approval of its GM herbicide-tolerant (glyphosate-tolerant) “Roundup Ready” wheat in Canada and the US due to pressure from farmers and consumers along with international market rejection.

There have been three contamination incidents in the US with Monsanto’s GM wheat – in 2016, 2014 and 2013. In 2013, several countries suspended wheat imports from the US after GM wheat plants were discovered in a farmer’s field. The US government was unable to determine the cause of that contamination.

“Farmers should be consulted before GM crops are tested outside the lab. We need to determine if the economic risk is too high to field-test certain GM crops,” said Sharratt.

The exact locations of experimental GM crop field trials in Canada are not disclosed.

“We need to protect our bread basket from rogue GM traits,” said Sharratt.

CFIA has issued a report on the incident.

In an email alert, the Canadian Seed Trade Association said the Japanese Ministry of Agriculture, Forestry and Fisheries will be temporarily suspending wheat shipments to allow them time to conduct internal reviews and assessments. The Canadian government is in close talks with all trading partners, CSTA added.

“Please know that we will continue to monitor this situation very closely and will update our members accordingly. Please do not hesitate to contact the CSTA office should you have any questions or concerns.”