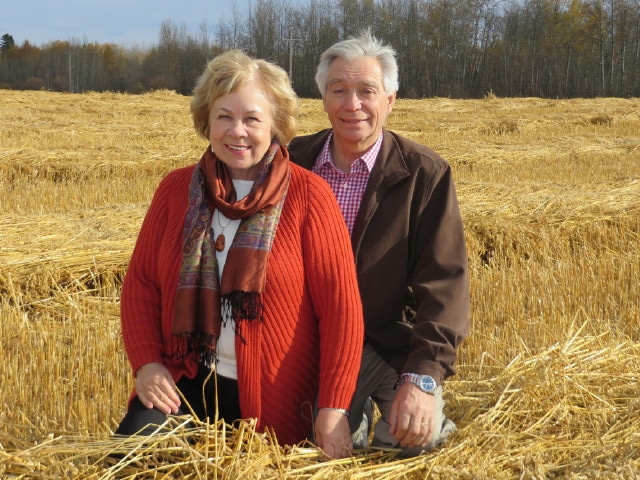 Sendziak Seed Farm is involved in propagating new varieties in annual breeder plots developed by AAFC, Canadian universities and private institutions. This means the seed farm can provide its customers with important knowledge about how those new varieties will perform in the local region, both environmentally and agronomically.

Father and son Donald and Stephen Sendziak are proud that for the 47 years their family has been in the pedigreed seed business, they have remained totally Fusarium graminearum-free in all of their pedigreed seed crops every year thanks to their focus on good management practices.

“Fusarium graminearum is a prevalent crop disease across the Prairies. It’s a significant hazard for our pedigreed industry and we have been able to maintain 0.0 per cent Fusarium graminearum through preventative practices like applying top-quality seed treatments and fungicides in order to mitigate the risk of any disease,” says Stephen.

That’s an impressive record, however, it’s also typical of the family’s philosophy when it comes to producing high-quality seed for its customers. “It is important to us that our pedigreed seed customers are happy with all the product lines that we offer,” says Stephen. “We focus on excellent quality assurance and quality control of all pedigreed varieties to ensure that the product is all true to its kind.”

Maintaining purity in its seed lines is a big reason Sendziak Seed Farm, which is located near Thorsby, Alta., is heavily involved in the research and breeding side of the industry. For example, the seed farm is involved in propagating new varieties in annual breeder plots developed in Western Canada by Agriculture and Agri-Food Canada (AAFC), Canadian universities and private institutions, such as Canterra Seeds and SeCan, of which the Sendziaks are also shareholders.

“We strive for varietal purity in the growing process and that doesn’t come without roguing our select plots and breeder plots throughout the year,” says Donald. “That has to be done in order to avoid any contamination and maintain varietal purity.”

Being involved at the ground floor with new varieties means Sendziak Seed Farm can always provide their customers with important knowledge about how those new varieties will perform in the local region, both environmentally and agronomically.

Sendziak Seed Farm grows pedigree wheat, oats, barley, peas, soybean and flax seed on 1,700 acres, and is a true family operation. Donald and wife, Krystyna, and his son, Stephen, and wife, Tasha, are the main principles of the business handling all day-to-day operations, marketing and administration. Stephen’s three sons, Peter (5), Jakob (3), and Christian (1), aren’t yet involved in the business, but are keen co-pilots on the combine. During busy times, such as harvest, Stephen’s four sisters and their husbands — Tanya and Paul Hyshka, Natasha and Anthony Plitt, Andrea and Colin Stanchuk and Nicole Sendziak — are always there to lend a helping hand.

The Sendziaks believe it is important to be involved in the seed industry and communicate with other growers and stakeholders to stay up to date on things like trends, technology and markets. They regularly attend annual events, such as the FarmTech Conference in Edmonton, and Agri-Trade Equipment Expo in Red Deer, Alta., and are also members of the Canadian Seed Growers’ Association. Donald has also served as president of the Alberta Seed Growers. 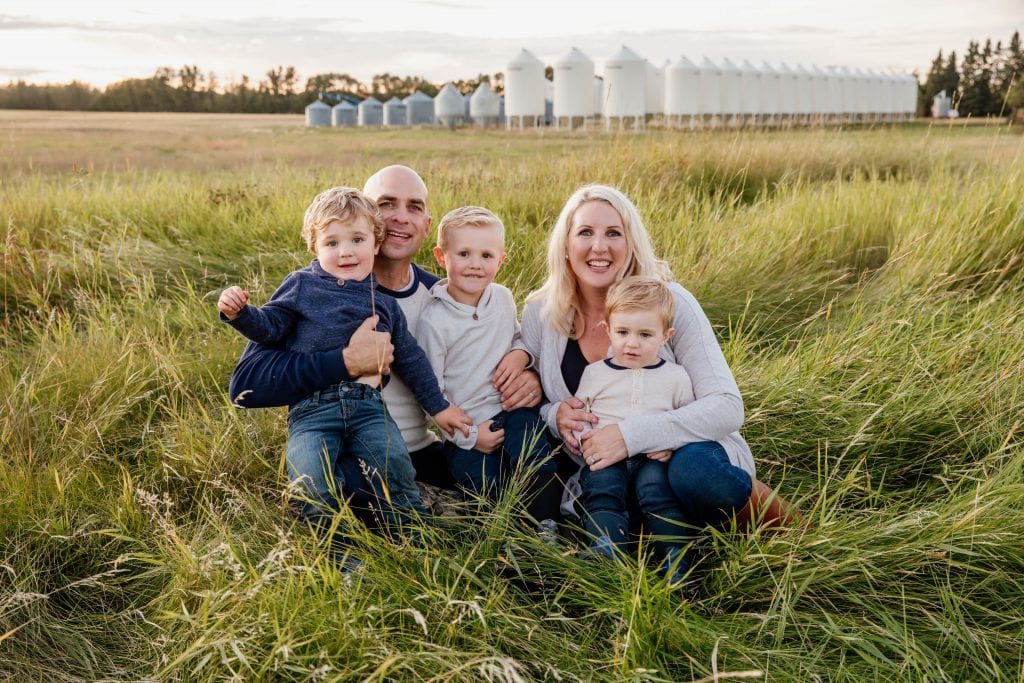 “It’s an important thing to do because you’ve got to develop varieties that are going to be able to be distributed in the global market,” says Donald.

As well as selling their high-end pedigreed seed to other grower colleagues, the Sendziaks retail to commercial growers in their area direct from their seed farm and via the Warburg Seed Cleaning Plant.

They recently consolidated all aspects of their business, including their land, machinery and equipment into one entity, with everything now located at one main site near Thorsby, Alta., close to the original spot where Donald’s father and grandfather first homesteaded in 1903.

“Before, we were operating our business from three separate locations. We decided it was time to consolidate it, and that has made us a lot more efficient,” says Stephen.

Like all farmers, the Sendziaks have faced challenges over the years, not least of which has been the extremely wet conditions over the last four crop seasons.

“Never in our history had we ever thought about buying a dryer because our seed always came off in good condition,” says Donald. “The environment in the last four years has changed so drastically for us, we had to amend our operations totally. We had to get a grain dryer, which has added value and more operations during the harvest that we have had to manage.”

They also do quality checks at several points in the operation, including a pre-germination test, which is especially important in years when the weather doesn’t cooperate. “Last year we had three bouts of snow in September, which decreased the germination value of our seed,” says Donald. “We did have a loss of value on some of our seed in cases where the germination wouldn’t meet standards we expect.”

Weather is something farmers can’t control, so the Sendziaks take those challenges as they come, but they are concerned about some of the discussions currently underway about how Canadian seed industry research and development will be funded in the future.

“There is a lot of resistance for things like end-point royalties and trailing royalties because the commercial grower has no way of recouping any of those costs,” says Donald. “Market prices are always dictated by global values in the seed chain, and the commercial seed industry is currently facing suppressed crop market values, which, in turn, impacts the viability of our pedigreed seed industry.”

“As pedigreed seed growers, we feel it is crucial that the responsibility of future plant breeding programs have full support from Agriculture and Agri-Food Canada, as the benefits of new varieties are for the greater good of the public consumer,” says Stephen.

An Eye to the Future

The Sendziaks would like to expand their operations in the future, however, they recognize they first need to build their operational and management teams. While Donald and Stephen focus primarily on the marketing and research side of things, and other family members are a great help at busy times, they want to recruit more people on the farming end of things who will be with them long term.

“Some of the seasonal workers we’ve had over the past have been very good, but sometimes employment with us is only a short-term goal for them, and we’d like to bring on some individuals that would join us on a career path for the long term,” says Donald.

They do feel there is a lot of opportunity for the seed industry going forward, especially if more raw agricultural commodities can be processed in Canada, rather than in other countries.

“For example, there is a push right now toward plant-based proteins and we need to jump on that and begin processing more of these products here in Canada,” says Donald.

The Sendziaks say they appreciate all of their customers and industry partners for their continued support for their pedigreed seed operation in Leduc County. “We really appreciate their business, and we look forward to a new and exciting year working with everyone again this upcoming crop season,” says Donald.