Increasing Numbers of Weeds are no Longer Responding to Herbicides

Weed resistance to herbicides has been an issue in crop production for many years. However, it is is coming to the forefront as increasing numbers of weeds are no longer responding to herbicides.

“Most producers are aware of the issue but, unless it affects them directly, don’t see it as a huge issue,” says Harry Brook, crop specialist with Alberta Agriculture and Forestry. “For example, resistance to glyphosate – commonly known as RoundUp – is found in other parts of the world and Canada. We also now have glyphosate resistance in kochia in southern Alberta and it continues to spread. These should serve as a wake-up call to producers to the importance of rotating different herbicide groups when treating problem weeds. Failure to take this problem seriously will eventually result in the loss of our most popular weed control products.”

Herbicide resistant wild oats can be found in many field in the province. Some biotypes are resistant to more than one herbicide group.

“In Manitoba in 2016, 78 per cent of fields sampled had some group 1 resistant wild oats. The majority of herbicides used for wild oat control are in this group. If wild oats is resistant to a single herbicide in a chemical group, it’s pretty well resistant to all the herbicides that use that particular mode of action. Also in 2016, group 2 resistant wild oats was found in 43 per cent of Manitoba fields, and 42 per cent had wild oats resistant to both group 1 and 2. These numbers would be similar in Alberta. Soil-applied wild oat control is in group 8, which is older chemistry and has seen a resurgence in use. Cases of resistance to group 8 herbicides is increasing, despite it not being used much in the last 20 years.”

Brook says there are a few ways to detect a herbicide resistance issue. “Investigate areas in the field where weed control didn’t occur. Rule out other factors that might have affected herbicide performance including misapplication, spray misses, unfavourable weather conditions, and misapplication of herbicide at wrong leaf stage or late weed flushes. Other warning signs include other weeds listed on the herbicide being controlled adequately, patchy control with no reasonable explanation, a history of herbicide failure in the same area, lack of signs of herbicide injury on plants, and finally, a history of using the same herbicide group on the land, year after year.”

Brooks says when a producer uses the same herbicide or products using the same mode of action, they are actually helping select for those plants that are either not affected or affected less by the active ingredient than other plants. “By killing off susceptible plants, you are actually setting the stage for the resistant ones to thrive as all their competition is killed off.”

Herbicides that have one specific mode of action are most likely to develop resistant weeds. “Group 1 and group 2 herbicides fall into this category,” says Brook. “However, the most important reason for having resistance show up is due to repeated use of the same chemical. Short crop rotations and a lack of crop variety has set up the conditions to encourage weed resistance to emerge.”

Canada has reported resistance issues in weeds to at least six different herbicide groups. “If we ignore the risk of developing resistances, the day may come when we might lose some of our best herbicide tools from the weed management tool box. Pay attention. Scout your fields. Keep field records. Use a good crop and herbicide group rotation to keep this problem at bay. The consequences of not doing so are not cheap or pretty.”

For more information about herbicide resistance, contact the Alberta Ag-Info Centre at 310-FARM (3276). 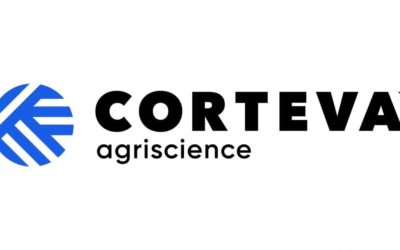 END_OF_DOCUMENT_TOKEN_TO_BE_REPLACED

Syngenta has added Miravis Bold to its lineup of Canadian products, the company says in a news release on Jan. 11. Miravis...