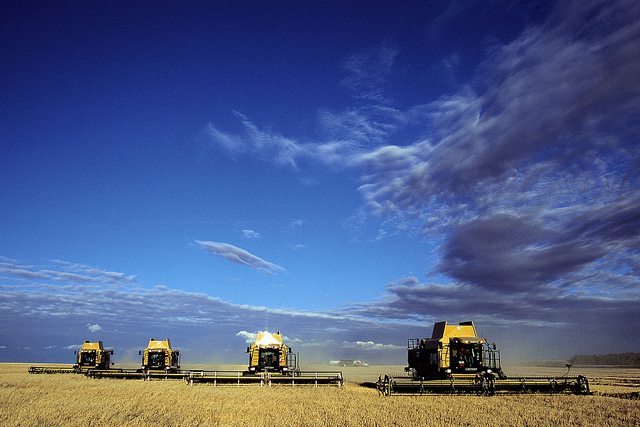 Waged farm workers in Alberta will be allowed to unionize and get new rules governing vacation pay and youth employment, under a provincial labour bill tabled Wednesday.

The new rules are tucked into Bill 17, the Fair and Family-friendly Workplaces Act, which went through first reading Wednesday and, if passed, would take effect Jan. 1, 2018.

The bulk of the bill is devoted to new employment standards for workers province-wide, relating mainly to parental leave and various types of unpaid leave.

The bill allows the provincial Labour Relations Code to apply to the agricultural sector, giving “waged, non-family” farm employees the ability to unionize if they choose and to bargain collectively.

Farm-specific amendments would exclude family members from the Labour Relations Code, the province said. The rules would also allow the province to appoint a public emergency tribunal to halt labour disputes and/or arbitrate agreements in cases where a strike or lockout could harm livestock or damage crops.

The province emphasized Wednesday the employment standards laid out in Bill 17 apply only on farms and ranches with paid employees who are not the owner or related to the owner.

Unpaid farm and ranch workers, such as relatives, friends and neighbours helping out “will not be affected,” the province said.

Children doing chores or taking part in activities such as 4-H, casual work or branding parties, or helping neighbours and friends, or taking part in “recreational activities,” such as hunting on farmland, will also not be affected, the province said.

However, standards outlined for youth under the Employment Standards Code would also apply to paid young employees on farms and ranches, “after consultation on light work and hazardous work with agriculture and other stakeholders.”

For waged farm workers, the new bill lays out standards for general holiday pay, requiring that farm employees who work a general holiday get straight time pay plus either general pay at a rate of 4.2 per cent of the previous four weeks’ wages, or an alternate day off as agreed to by the employer and employee.

Vacation and vacation pay entitlements in the Employment Standards Code would also apply for waged farm workers, but would be calculated on total wages, not on a maximum of 44 hours per week.

Four days of rest for waged farm workers would be provided for every 28 days at the employer’s discretion if the employer and employee can’t agree on dates.

Greenhouses, nurseries, mushroom and sod farms continue not to be considered farms under the Employment Standards Code, the province said.

Existing provincial standards on hours of work and overtime would not apply for farm workers, the province said; minimum wage rules would apply.

The bill also proposes to guarantee job protection for new unpaid leaves such as long-term illness and injury leave; personal and family responsibility leave ; bereavement leave; domestic violence leave; and leaves relating to critical illness of a child and to death or disappearance of a child due to crime.

Workers would be eligible for all job-protected leaves following a minimum 90 days of employment.

The bill also proposes to remove a provision that allowed employers to apply for a permit to pay persons with disabilities less than minimum wage, the province said.