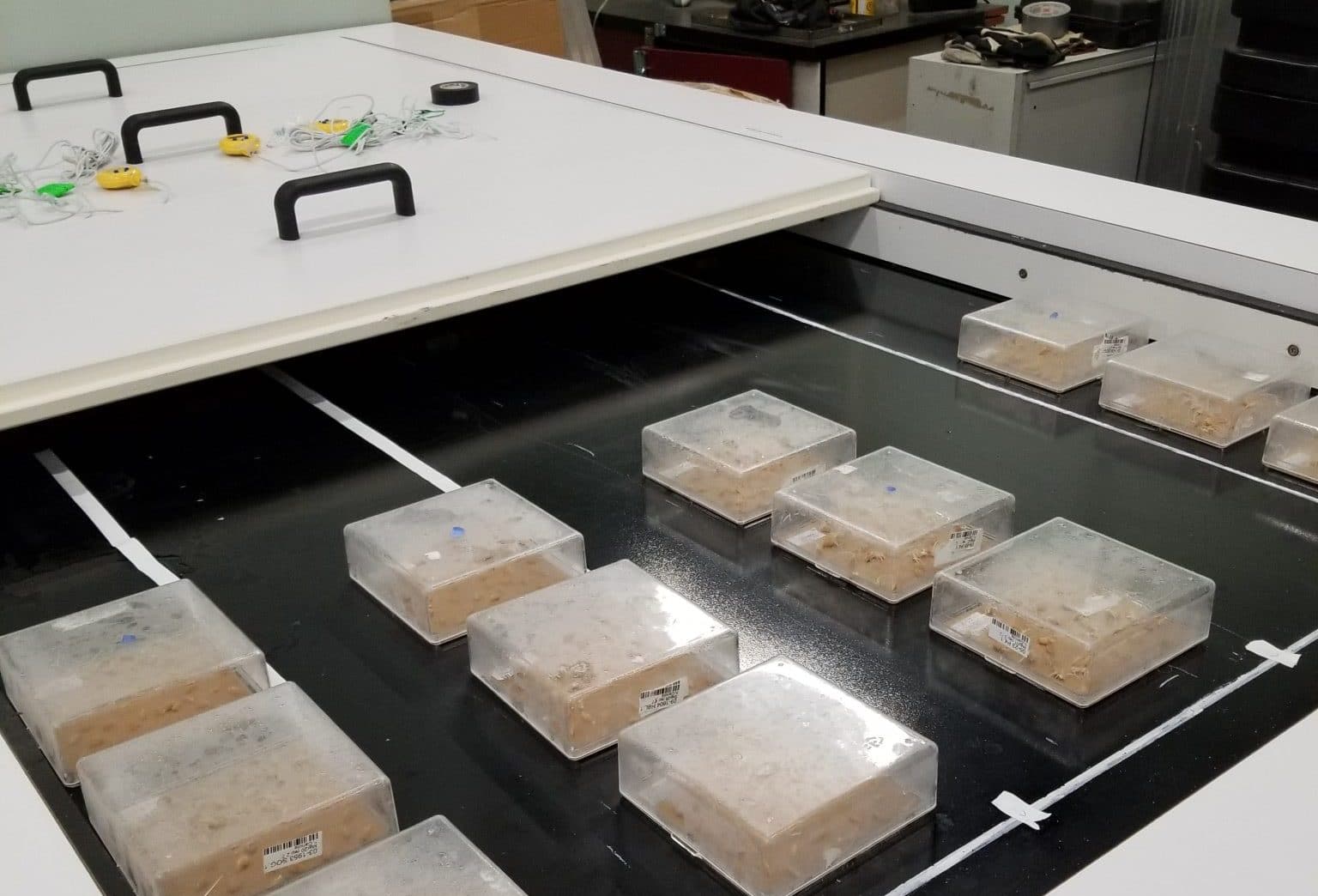 A round-up of the new tests, testing methods and equipment being used in Alberta to expand knowledge of seed quality, and a look at what’s to come.

Seed testing in Alberta is evolving with new methods and technologies. It’s also expanding to include more crops. The Alberta Seed Guide has gathered together information on the latest and most innovative tests and devices being used at the province’s main seed testing labs. Leaders at these labs have also shared some insights on how these tests and equipment can better determine seed quality and provide more information to growers. And lastly, we’ve included some thoughts on how testing may evolve in years to come.

At 20/20 Seed Labs in Nisku, Alta., they are in their second year of offering a detailed germination test using a thermogradient table, Sarah Foster, company president and senior seed analyst, says. The device allows them to measure germination rates at various temperatures, enabling growers in turn to plant at a soil temperature, which will result in maximum emergence.

“Before we purchased the table, we would follow the recommendation from the seed seller for the best temperature to test germination rate, for example, wheat at 5 C,” Foster explains. “If we did tests for a customer at two or more temperatures, it would take more time and still didn’t give the total picture. 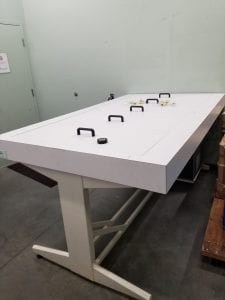 The thermogradient table allows the simultaneous measurement of germination rates at various temperatures, enabling growers in turn to plant at a soil temperature that will result in maximum emergence. Photo: 20/20 Seed Labs

“With the table, we can now do a range of temperatures all at the same time, usually one degree apart from 5 to 10 C on cereals for example. In this way, the germination ‘sweet spot’ is found for the grower, and he or she can plant with total confidence for that lot.”

If there are no significant differences in germination rate at some or all of the temperatures, says Foster, growers will know they have a range of soil temperatures that will provide maximum germination. The table also lets 20/20 staff examine how different temperatures affect the growth of diseases which can be present on seeds.

“We started promoting it last year and we’ve had really good uptake,” says Foster. “This test should be done in the spring, and we’re looking at whether to make it part of a package with disease testing.”

To speed up purity analysis at 20/20, Foster may add more cameras to workstations. This set-up, where a camera is positioned to capture the view of the microscope, means seed analysts can do their work looking at a screen instead of through the microscope.

“It speeds up the analysis for our customers and helps relieve neck strain,” Foster notes. “We already have two microscopes set up with cameras and it’s also an excellent training tool.”

In January 2020, wheat was added to the official list of crops approved for the ‘radical emergence test’ by the International Seed Testing Association (ISTA). This test is a further determination of vigour where the speed of radical 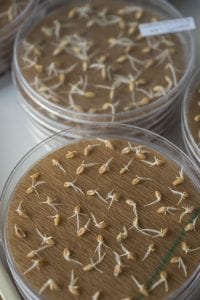 The ‘radical emergence test’ is a further determination of vigour where the speed of radical emergence from the seed is measured — the faster and more uniform this occurs, the more vigorous the seed. Photo: Seed Check Technologies

emergence from the seed is measured — the faster and more uniform this occurs, the more vigorous the seed. The test has been available for canola and corn for about five years.

“It provides a better comfort level for determining vigour,” explains Morgan Webb, owner and senior seed analyst at Seed Check Technologies in Leduc, Alta. “It’s also helpful in making decisions about seed lots. That is, if your germination rate is good but vigour is showing signs of dropping, it’s a good idea to use that lot this year. You don’t want to keep that lot for next year as its vigour will continue to worsen.”

Webb would like to see barley added to the official list for this test as soon as possible.

“We’ve been doing unofficial radical emergence testing on barley for a few years and it tends to have more vigour problems than wheat,” he explains. “It’s susceptible to pre-sprouting and that can affect vigour.”

Quinoa production is on the rise in Western Canada. There still isn’t a standardized germination testing protocol for it though, but the ISTA Germination Technical Committee is trying to change that. The committee, which SGS Canada currently has a seat on, is working on this by examining and validating growing medias, temperature regime and test duration, says SGS’s Manager of Business Development Holly Gelech.

In addition, SGS Sherwood Park staff are currently participating in a validation study for ISTA’s Varietal Identification Technical Committee on test methods for oat and pea varietal confirmation. They have also done extensive work with ISTA in the past on wheat and barley.

Some of the SGS Brookings staff serve on the ISTA’s Wild Species Working Group, which is aiming to create a website to house and disseminate information about testing seeds of wild/native species as there are currently no published testing methods for many of them. Gelech explains these species are commonly used in land reclamation projects, which is where areas where resources such as oil have been extracted are brought back to a natural state.

“It’s a measurement of the amount of seed treatment that comes off the seed through a standardized air flow, which provides an evaluation of various seed treatment application methods and seed treatments,” Gelech explains. “The service has been offered by commercial seed testing labs in the U.S. for many years. We are starting to see interest grow for the test from seed treating companies and we expect more interest post-harvest.”

Other Tests and Tech

Currently, ISTA’s Recognition of Export Grain Analysis by Authorized Laboratories (REGAL) program only covers testing of cereal seeds for export in Canada, but other crops may be added in the future. The REGAL program is carried out by Canadian Food Inspection Agency (CFIA) labs and accredited commercial labs. The CFIA does offer grain export tests outside of the REGAL scope (e.g. seed shipments for propagation) and will for now remain the sole issuer of phytosanitary certificates, CFIA’s website says.

There are other technologies which may become more widespread for seed testing in Canada, Foster, Webb and Gelech all say.

Rapid genetic analysis (called next-generation sequencing) is currently used to identify fish species in causes of suspected labelling fraud, but could be used in the future in crop variety testing. Using X-ray technology for seeds may start to rise in popularity in Canada. While X-ray technology was first used for tree seed analysis more than 100 years ago, during the last 25 years more attention has been paid to the information it can provide about seed quality. This non-invasive and harmless scanning technique is already being used in some countries to instantly determine why germination rates are low (e.g. due to immaturity or damage caused by handling or insects). It can also be used to predict seedling performance and do seed sorting, Incotec ‘s Henry Bruggink mentioned in an ISTA presentation several years ago.

Other non-invasive scans such as MRI and NMR (nuclear magnetic resonance) are being used in a limited way for seed research, a 2019 paper published in the journal Sensors by scientists based in the Mid-East and France mentioned. These devices are expensive, and the costs of using them for any type of routine seed analysis is extremely high. However, the cost of other technologies, such as advanced image analysis for purity testing and rapid genetic tests (called next-generation sequencing) for variety testing, is not as expensive and may be lowered in future.

END_OF_DOCUMENT_TOKEN_TO_BE_REPLACED 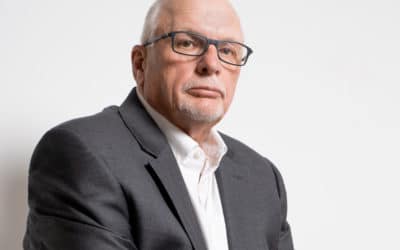 From the tractor seat to the boardroom, Barry Senft is rejoining the corporate world as executive director of Seeds Canada.