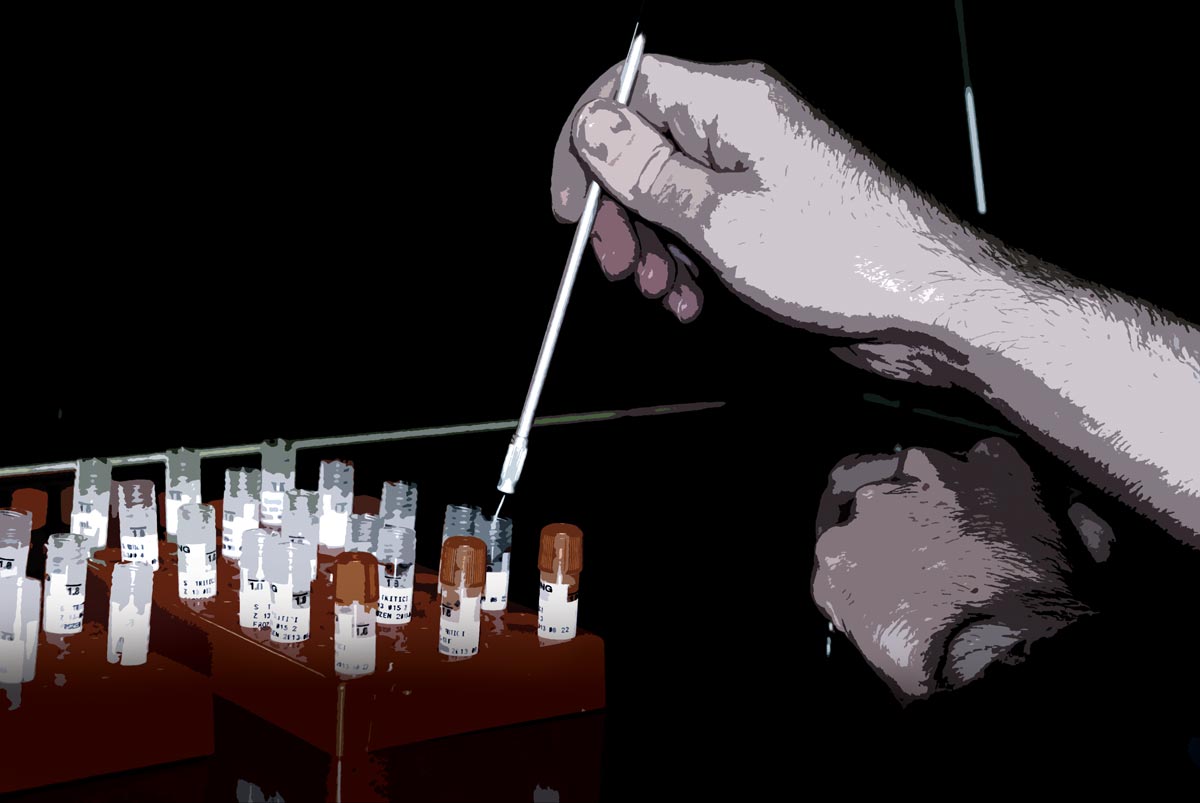 In Alberta, fusarium head blight, a fungal disease of small grain cereals, presents a major problem that crops up annually for seed growers in the southern and central parts of the province. While it has troubled wheat growers for years, FHB caused by the pathogen Fusarium graminearum was also detected in barley several years ago.

FHB results in reductions in yield, grade, and end-use quality. It can also cause the production of mycotoxins in grain, especially deoxynivalenol or DON, which can negatively impact feed quality as well as baking and malting quality â€” and poses a slight risk to humans and animals.

But there may be a new potential solution on the horizon. Using transgenic technologies, Phil Bregitzer, a research geneticist with the United States Department of Agriculture (USDA) Agricultural Research Service (ARS) is using novel technologies in the quest to develop a barley line with resistance to FHB.

â€œThe products of my research potentially can assist any producer, in Alberta or elsewhere, to produce barley that is free of FHB and/or mycotoxin without using fungicides, thus contributing to producer profitability, consumer health, and environmental sustainability,â€ says Bregitzer.

The need for FHB-resistant varieties is growing yearly in Alberta.

According to James Helm, outgoing head of research at the Field Crop Development Centre in Lacombe, Alta., while seed-borne F. graminearum levels in barley still clock in at lower levels than in wheat in the province, they rose from five per cent in 2013 to eight per cent in 2014, according to data from 20/20 Seed Labs and Biovision Seed Labs. The companiesâ€™ tests also showed that F. graminearum levels in Alberta reached record highs in 2014, with 15 per cent of samples overall testing positive for cereal crops.

Helm is the spokesperson for a team of scientists at the Field Crop Development Centre including lead pathologist Kequan Xi, pathologist Kurshan Kumar, and plant breeder Flavio Cappettini.

The team says that merely the threat of FHB comes at a cost to barley producers. The zero tolerance regulation for mycotoxins in malting barley may restrict the growth and production of malting barley. Add to this the increased input costs from the use of fungicides and seed testing.

â€œThe steady increase in the levels of F. graminearum along Hwy. 16 has proven that Albertaâ€™s environment is not a barrier to the spread of F. graminearum,â€ says Helm. â€œWith the wide spread of inoculum and a large acreage of susceptible cereal crops, there is a risk of an epidemic if conducive conditions such as abundant rainfall with relative high temperature coincide with the flowering stage of cereal crops.â€

With the risk of FHB compounding annually, resistant varieties are still the growerâ€™s top tool for battling the disease.

Bregitzerâ€™s project involves introducing a gene into barley that creates double-stranded (ds) RNA, the geneâ€™s â€œmessengerâ€ that carries information from DNA for controlling the synthesis of proteins.

â€œWe are attempting to use a phenomenon called RNA interference (RNAi) to target important fusarium genes, thus disrupting its ability to infect barley and/or produce mycotoxins.â€

RNAi involves introducing a transgene that encodes an inverted repeat of sequences that match the critical fusarium gene, Bregitzer explains. This produces an RNA that will fold back on itself, creating double-stranded RNA (dsRNA).

â€œdsRNA is recognized by a system for gene control â€” which can function in some cases like this one as sort of an immune system â€” that results in the RNA from the targeted fusarium gene being destroyed or inactivated,â€ Bregitzer says. â€œIf we can inactivate the main gene that drives mycotoxin production, for instance, we hope to produce a plant that even if infected with fusarium will not produce contaminated grain.â€

Bregitzer and his team will deliver the transgenes into the new varieties using a system based on DNA transposons (or mobile genetic sequences, which can include genes) isolated from maize.

â€œNo one has used transposition for plant breeding in this way to my knowledge, although its capacity to do this has been known for several decades,â€ Bregitzer says.

â€œBecause of the end result â€” an intact transgene â€” without extraneous sequences except for some very short termini derived from another, safe food crop, the resulting barley plants are expected to more reliably express the transgene.â€

Bregitzerâ€™s research is funded by competitive grant funds from the U.S. Wheat and Barley Scab Initiative (USWBSI), as well as a special grant from the USDA-ARS. The project is a long-term initiative, but Bregitzer is in it for the long haul. â€œThe process of producing any truly useful barley line is a decade-long process,â€ he says.

Until the varieties that Bregitzer and his team are working on become available, he cautions that producers should use the best resistant varieties available and employ recommended best practices to combat FHB. 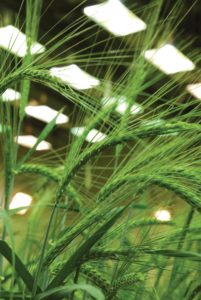 Albertaâ€™s Field Crop Development Centre focuses on variety development, and this barley plant is one of thousands of genetic lines in its breeding program.

Garson Law, research manager for Alberta Barley, says the new transgenic breeding project will have no immediate impact in Alberta, as transgenic barley is not approved for use in Canada.

â€œIf any transgenic-derived variety is ever approved for use in Canada, the impact would be huge,â€ Law says. â€œFHB is an existing and growing problem for Alberta’s barley growers, and the economic impact for Alberta agriculture is estimated to be as high as $49 million.â€

According to Law, the economic impact of the disease on Alberta’s barley growers was similar in 2014 as in 2013, with FHB noticeably concentrated primarily in southern Alberta, and higher than normal incidence in central Alberta.

â€œIt’s difficult to predict for 2015, but we’ve seen in the last 10 years that FHB has spread throughout the province, and if the conditions are optimal â€” for example, high moisture during flowering â€” then we expect this trend to continue,â€ Law says. â€œIt’s a problem that’s not going away.â€

He says education is key to managing FHB in barley, as well as crop rotation, the use of resistant varieties, fungicides, seed treatments, and best agronomic practices. â€œIndividually, they won’t manage the problem. However, taken together, these methods are much more effective,â€ says Law.

Helm adds that seed or feed should not be imported from eastern provinces or FHB-infested areas. 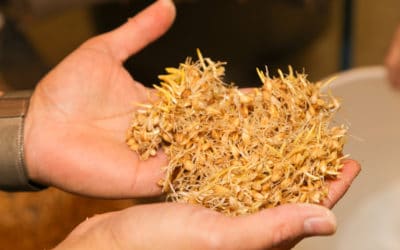 With the Trudeau government poised to fulfill its pledge to legalize marijuana, questions are being raised about what this...