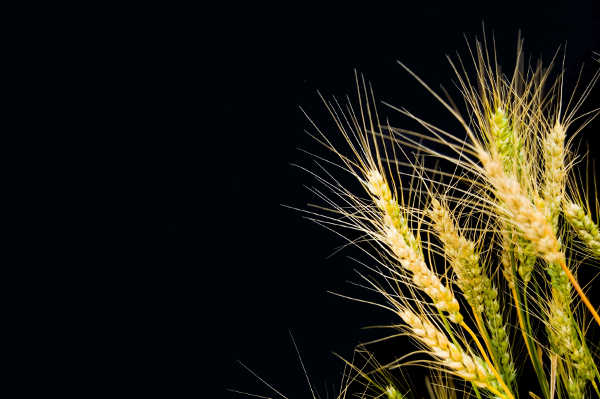 Growing the barley industry all comes down to researchâ€”according to Alberta Barley research manager Garson Law.

â€œAs a farmer-funded organization, we invest in research to bring scientific advancements directly to our farmers. This is the biggest factor in maintaining long-term sustainability,â€ he explained.

With that in mind, itâ€™s no wonder that Alberta Barley has made research its number-one priority. As the new year dawns, three recently completed Alberta Barley-funded projects stand out for their notable findings.

During their research, Sarkar and Sopiwnyk examined the milling performance of three varieties of barley, CDC McGwire, CDC Ratan and CDC Fibar, in combination with Canadian Western Red Spring wheat. These varieties were milled in 80-20, 70-30 and 60-40 wheat-to-barley ratios, without any adjustments to the mill.

â€œHaving tested this out at different levels, it was quite obvious that any flourmill could use food barley, as long as it is hulless â€¦ and just treat it like another wheat,â€ said Sarkar.

With health benefits such as beta-glucan, a soluble fibre known to help lower cholesterol, as well as the ability to control glucose levels in the bloodstream, barley is well positioned to fit into the growing health food market.

Sarkar explained that people outside of Canada are recognizing these health benefits and opportunities for barley, too. â€œWe hear interest in parts of Asia and other countries, the Middle East, etc.,â€ he said.

Currently, food barley represents a mere one per cent of the industry, but growing health trends could increase that share and bring growth and profits to the barley industry.

â€œEventually, there will be more focus on health and nutrition; it may give [farmers] a good return on their product as the demand increases,â€ said Sarkar.

Improving crop yields with barley
Since 2009, Kabal Gill, research coordinator with Smoky Applied Research and Demonstration Association (SARDA), has worked on a project titled, â€œIdentification of superior crop rotations to minimize inputs, optimize crop production and maximize contribution margin.â€ The goal is to identify which crop rotations can provide farmers the greatest yields and best-quality with the least amount of inputs.

â€œWe set up 10 crop rotations with canola, wheat, barley, flax and peasÂ plus canola and wheat monocultures,â€ said Gill. Each crop rotation featured three of these crops planted in rotation over the seven years.

Gill focused his attention on two main crops, wheat and canola, for comparison. Due to their high acreage, Gill explained, wheat and canola may become monocrops, with farmers planting them on the same land year after year.

Although growing a high-value crop like canola appears like an appealing option, Gill emphasized that planting monocrops does more harm than good. â€œMonocrops reduce yields and increase the risk of diseases, weeds and insects,â€ explained Gill.

However, farmers can mitigate these risks and improve their crop yields by incorporating a crop-rotation plan.

â€œBarley is a good stubble to use for crop rotations,â€ said Gill, explaining that canola or wheat planted on barley stubble showed greater yields compared to canola or wheat monocrops. â€œCompared to wheat monocrop, wheat planted in rotation with any other crop would result, on average, in a 10 per cent increase in yield,â€ he said. As for canola, yields increased by an average of 20 per cent.

In addition to greater yields, crop rotation offers other benefits. â€œIt will benefit farmers to improve the yield of their main crops, provide diversity in their cropping system, make their farm enterprises more economically sustainable and reduce the risk of weeds, diseases and insects,â€ said Gill.

Strategic spraying
Ken Coles, general manager of Farming Smarter, knows farmers are in the business of risk management: â€œFarmers want to optimize their use of pesticide products to get the most bang for the buck.â€

Which is why, for the past three years, Farming Smarter has worked on the aptly named project, â€œNight spraying: pesticide efficacy with nighttime application.â€ In addition to Alberta Barley, project partners include Alberta Agriculture and Forestry, Agriculture and Agri-Food Canada, Alberta Canola Producers Commission, Agriculture Opportunity Fund, Lakeland Applied Research Association and SARDA.

The goal of this project is to identify if spraying at a certain time of day would impact the effectiveness of products such as herbicides and fungicides on crops including barley, canola, peas and wheat.

Colesâ€™ results have shown that there is, in fact, an optimal time for spraying.

â€œOn the herbicide end, I was quite astounded that the early-morning applications tended to have the poorest results, and that is when everybody sprays,â€ said Coles. Instead, he suggested spraying herbicides during the day. â€œWe are talking a 20 per cent difference in efficacy,â€ he said.

As for fungicides, â€œMoving into July, the daytime temperatures are hotter and I would actually probably avoid daytime applications with fungicides,â€ Coles explained. â€œI would lean towards an early-morning application.â€

In the end, Coles hopes results like these will help farmers make the best decisions possible for their farms.