Crops in the Peace River district and central Alberta have had their potential limited due to excessive moisture and flooding in the area throughout the growing season, results from FarmLink’s crop tour of Western Canada which took place over the last two weeks of July, show. Canola potential was affected in the area due to the excessive moisture.

Due to the pandemic the FarmLink team collected yields by themselves from across Manitoba, Saskatchewan and Alberta. It was found that relative to last year crops are overall in better shape with more yield potential.

“Crops are two weeks behind normal across a large part of the Prairies. Canola and pulses (peas/lentils) are noticeably lagging,” the tour report noted. “In many areas, cereals were just beginning to fill in many regions during the tour. This made accurate counts difficult.”

The main takeaways FarmLink found were:

END_OF_DOCUMENT_TOKEN_TO_BE_REPLACED 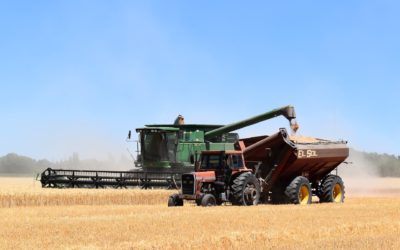 Warm, dry weather allowed farmers in Alberta to get more crop in the bin bringing the provincial harvest total to 68 per...

END_OF_DOCUMENT_TOKEN_TO_BE_REPLACED

Provincially harvest is 48 per cent done in Alberta, the weekly crop report from Alberta Agriculture and Forestry on Sept....