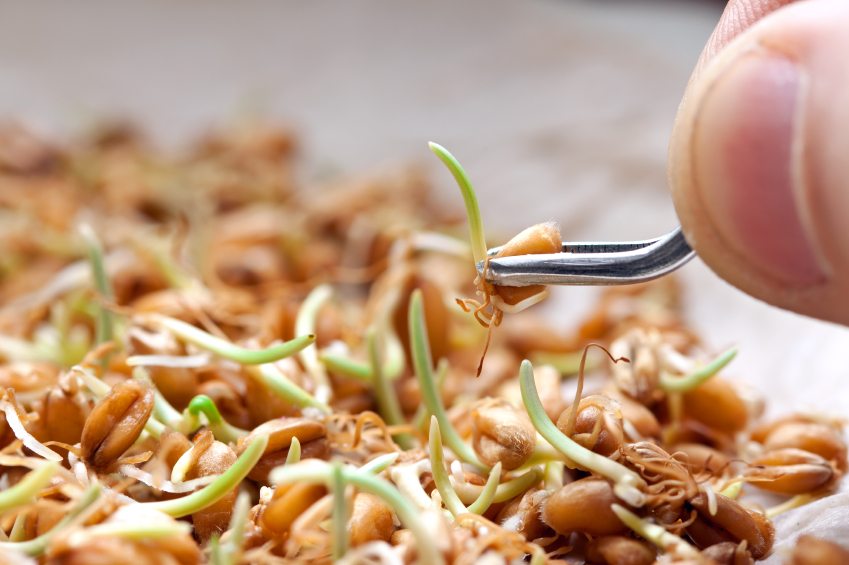 The process of plant breeding can be a long and complicated one, but we talk to three experts who boil it all down.

Every crop a farmer grows originally came not from a seed, but from an idea. The process from the beginning of a new plant variety to when itâ€™s finally registered â€” and available for farmers to grow â€” is a long and complicated one.

The first step to developing a new variety is to understand what the industry is looking for in new varieties. Often, that is determined by growers, but itâ€™s often a result of consumer demand and preference as well.

â€œWe have to keep the end user in mind. If they canâ€™t use it or donâ€™t want it even though farmers love it, thereâ€™s a disconnect.â€

â€œThe farming system has changed â€” itâ€™s getting bigger and more automated, and reducing labour is important. Farmers are looking for varieties that wonâ€™t cause them grief at harvest time,â€ he says. â€œHarvestability is becoming a more important thing all the time, to the point where farmers might take a small hit on yield if theyâ€™re comfortable knowing they can get the crop off without a lot of headaches.â€

In other words, plant breeders are always breeding for something specific.

â€œWe spend a lot of time planning the objectives, and we do that based on our own experience in the industry in Western Canada and in talking with people who are marketing pulses around the world, so we have knowledge about what various markets look for,â€ says Tom Warkentin, 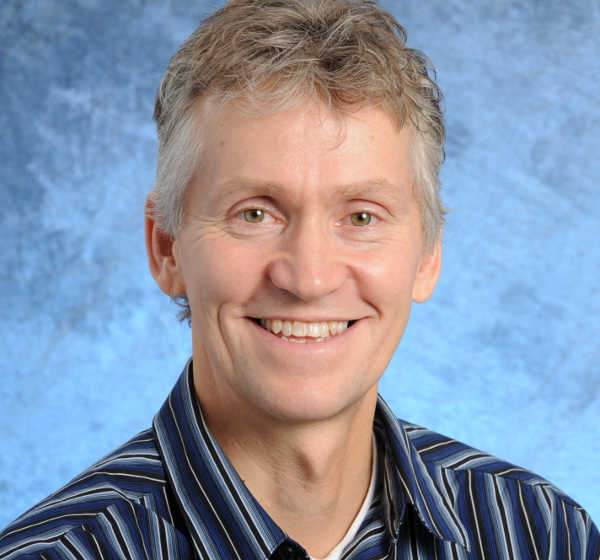 Tom Warkentin is a pea breeder at the Crop Development Centre at the University of Saskatchewan.

â€œNot every market looks for the same thing. The number of markets is quite diverse these days.â€

Plant breeders stay abreast of consumer demands, he notes. â€œWe donâ€™t just start something and then forget about it for seven years. We stay in touch with the industry throughout the breeding process. We can adjust as we go along. Sometimes we might set aside one set of objectives if it looks like itâ€™s no longer that promising. I think just by staying in touch with the farmers and the agronomists and the marketplace on the other side, we just kind of make adjustments on the go.â€

Harvestability is a big one in pulses too, he notes. â€œItâ€™s one of the top objectives for pea breeding, lodging resistance â€” that ability of the crop to stand up. Pea has a tendency to lodge. We select types with strong stems and better lodging resistance.â€

Once a breeder has a good idea of what the industry is looking for in terms of traits, the search for biological material â€” germplasm â€” begins.

Germplasm is usually seed, or it can be another plant part â€” a stem, a leaf, or pollen, for example, or even just a few cells that can be cultured into a whole plant. Plant germplasm contains the genetic information for the plantâ€™s hereditary makeup.

â€œGermplasm can be anything from other varieties within Canada to other varieties around the world,â€ Graf notes. â€œIn some cases we might even have to go to wild germplasm species, depending on the situation. Quite often for a particular disease or insect resistance, we may have to go to the wild relatives of wheat and transfer the resistance from there, and if thatâ€™s the case, weâ€™re looking at an even longer breeding cycle.â€

â€œParents for crossing come from many places. We want to have diversity in the parents we use. They could come from our own breeding program, from other pea breeders in the world with whom I may exchange varieties,â€ he says. â€œThey could come from germplasm collections from gene banks around the world.â€

Once a breeder has the appropriate parents, they start making crosses.

â€œOnce we harvest the seed, those seeds are hybrids. If one parent is resistant to a disease and the other is susceptible, weâ€™ll see both resistance and susceptibility in the progeny grown from the hybrid seed,â€ Graf says.

In those early generations, the breeder will select individuals that have a good agronomic plant type and characteristics theyâ€™re looking for. Those plants are harvested and often planted as a bulk from which the breeder selects individuals for the next generation.

â€œWhat other breeders might do is theyâ€™ll take the harvested heads, harvest them individually, and plant each as a head row,â€ Graf notes. 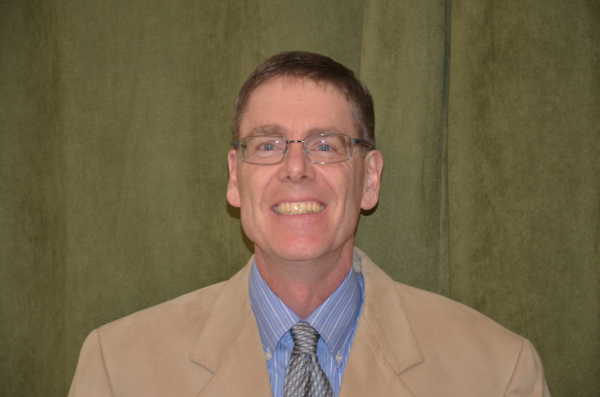 Stephen Fox breeds canola for DL Seeds and is a former wheat breeder for AAFC.

Every year, breeders examine and select plants that are desirable from the standpoint of plant type, disease resistance, and even later on, they may select entire head rows based on the standpoint of protein content and other simple quality characteristics.

â€œBy the time we get to about the F6 stage, the amount of visible segregation is very much reduced. The lines begin to become much more true-breeding. You select a head, plant it, and what you see in the next generation is very close to what you harvested. The plants are reproducing true-to-type,â€ Graf says.

Depending on the crop type, the breeder, and the complexity of the selection criteria, the breeding process can take upwards of 12Â years to reach readiness for commercial sale.

Cereal crop breeding typically involves a minimum of six to seven years (and often more) of plant breeding and selection work, followed by a year or two of early testing to identify superior lines in the breeding program. Pulse breeding is comparable in terms of timeline, while canola can be a little quicker due to the nature of the crop.

Breeders need to know their breeding targets many years in advance in order to ensure their success in the marketplace.

The next step is the entry of qualified candidates into the official variety registration recommendation trials. There is an official trial coordinator who reports to the recommending committee and operates under their documented operating procedures. The costs for entering the trials are borne by the variety developer. Once the lines go into registration trials, depending on the crop, theyâ€™re evaluated for two or three years across Western Canada.

â€œFor wheat, thatâ€™s usually at somewhere between eight to 12 sites across Western Canada. Every year, the yield, the agronomic performance characteristics, and reactions to various important diseases are collected. In addition, at the end of the growing season, grain from the testing sites is sent to the Grain Research Laboratory at the Canadian Grain Commission, and detailed quality tests are run,â€ Graf says. â€œThe promising lines are tested for three years. At the end of the evaluation process, the breeder can elect to request support from the Wheat, Rye and Triticale Recommending Committee, which is part of the overall Prairie Grain Development Committee (PGDC).â€

Canola needs one year of private co-op testing, and that testing is more or less equivalent to what is called the public co-op system,â€ Fox notes. â€œFor full registration you need two years of co-op testing. For canola the first year is private, and the second year is public. Some companies do both years themselves.â€

The most promising material will go into registration trials, Warkentin says. â€œIf they succeed there, we further evaluate them in provincial regional trials. Each year weâ€™re repeating that cycle, carrying new material through and refining our objectives as they change. They donâ€™t change drastically, but they could be refined.â€

The PGDC, formerly known as the Prairie Registration Recommending Committee for Grain, is a forum for the exchange of information relevant to the development of improved cultivars of grain crops for the western Canadian prairies. The PGDC facilitates the annual meeting of the prairie grain recommending committees, as well as providing an opportunity for scientific discussion and communication of research priorities for the improvement of the prairie grain sector.

The four independent recommending committees are responsible for the testing, evaluation, and recommending of grain crop candidate cultivars for registration.

â€œOnce a line is recommended for registration by the PGDC, in the case of lines developed by public institutions, normally thereâ€™s a request for bids on the variety,â€ Graf notes. â€œYouâ€™ll get various seed companies submitting proposals on a marketing plan for these potential new varieties. Based on those proposals, the various seed companies acquire the marketing rights to these lines.â€

The criteria for getting a canola hybrid registered is strict, Fox notes, which is a major reason it takes so long to develop a new variety. Final registration is done by the Canadian Food Inspection Agency (CFIA).

â€œThereâ€™s a misconception you hear where people say â€˜Ah, they register everything.â€™ Thatâ€™s just not true. If the industry wants a certain amount of oil and protein, unless you have something that meets those standards, thereâ€™s no point going to the registration meetings,â€ Fox says. â€œThe system is well defined. Compared to cereals, canola has a quicker timeframe from the beginning of a variety to registration and the marketing phase. Youâ€™re looking at around five to seven years.â€

â€œA decade is pretty quick. In wheat, from the time we make a cross to registration, assuming weâ€™re using winter nurseries in New Zealand or South America and/or using doubled haploid technology, which also speeds things up, we can sometimes get the process down to about seven years,â€ according to Graf.

â€œThat doesnâ€™t include the multiplication step. Assuming its going to take a couple of years to get that seed multiplied to the extent you can offer it for sale to the producer, itâ€™s nine or 10 years. Thatâ€™s best-case scenario.â€

With pulses, the seed increase rate tends to be slower, according to Warkentin.

â€œIt can take longer to multiply a new pulse variety from breeder seed up to certified seed as compared to a canola, for sure. A key factor is having a good team to do the work to having the expertise of the technical staff. Weâ€™re fortunate to have that in our place,â€ he says.

â€œThat helps address the various challenges that come up each year. Plant breeding is mainly a field-based operation, so every year has some kind of weather challenges. Thatâ€™s why you need a good research team to help address issues that arise due to unpredictable weather.â€ 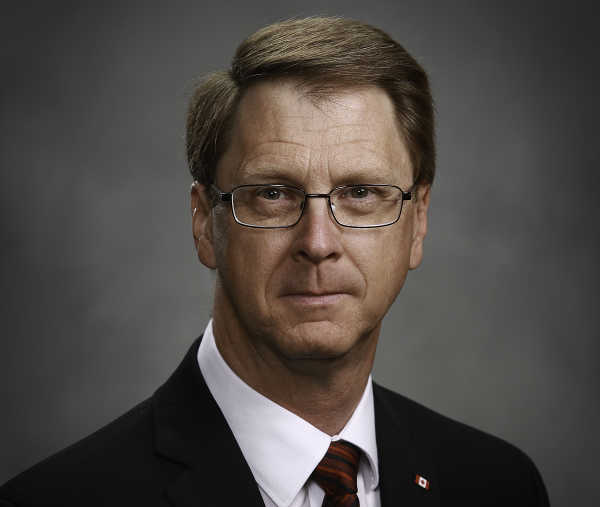 Rob Graf is a wheat breeder at Agriculture and Agri-Food Canada in Lethbridge.

By the end of the process, farmers have a new variety they can buy, grow and ultimately provide to consumers. But the breeding process doesnâ€™t end there.

â€œWe develop a pipeline of germplasm thatâ€™s full all the time. There can be a new variety coming every year,â€ Warkentin says.

And a lot of people are involving in the process, Graf notes â€” not just plant breeders.

â€œItâ€™s very difficult for a plant breeder to be successful if theyâ€™re working in isolation. Thereâ€™s pathologists and agronomists, entomologists, and food chemists. All these people work together in many ways and discuss what things are coming down the pipe from the standpoint of what theyâ€™re seeing in terms of the evolution of leaf rust or stem rust races to emerging consumer preferences,â€ he says.

â€œWhat new pests can we anticipate that might be a problem that we havenâ€™t seen before? All those things have to be thought about well in advance so hopefully we can anticipate what the farmer needs â€” and what the end user wants â€” 10 to 15 years in advance.â€