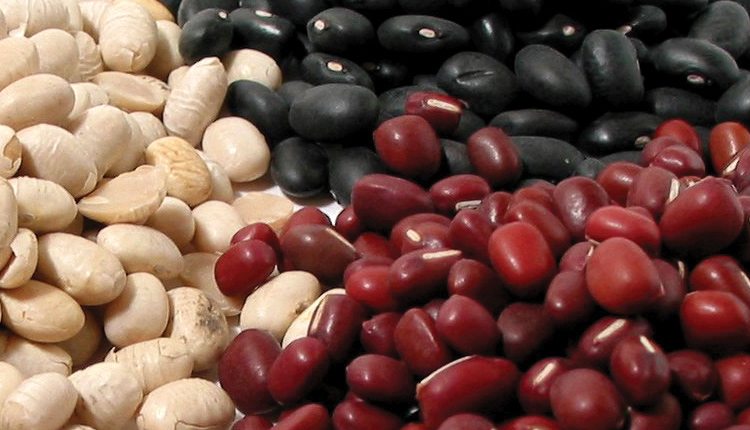 “The use of plant-based proteins in various food products is front and centre in the news – from meatless burgers to breakfast sausage patties and meatless chicken nuggets,” says Mark Olson, unit head of the Pulse Crops Cropping Systems section with Alberta Agriculture and Forestry.

“Consumers are asking more questions about plant-based proteins, and so are growers. They want to know what exactly a plant protein is, which crops are higher in protein, and what specific agronomic practices can influence protein.”

Crude protein levels are expressed in per cent of grain dry mass. They are determined by measuring the nitrogen (N) content in the grain and multiplying by a conversion factor of 6.25, which is the Kjeldahl method.

“For growers, establishing a healthy vigorous pulse crop that has extensive healthy nodulation is their best chance of increasing final protein content of the seed.”

He says that there are no price premiums for higher protein with a crop kind, but some crop types like pulses are naturally higher in protein.

All whole seeds of dry grains can be broken into four components. The hull or outer skin of the dried seed is referred to as fibre, or bran in cereal crops. The inside of the seed is called the cotyledon or embryo. Protein, starch (flour) and oil (fat) make up this portion.

Olson says that the proportions of these components will vary with crop kind, variety, growing environment and N availability.

Mature pulse seeds are normally high in protein because throughout the growing season, the seed is accumulating N.

“Protein level is considered a highly heritable trait in pulse crops,” he explains. “There is a built-in relationship between protein content and the other major components in the seeds. So, breeding for one trait impacts the percentage of the other.”

He adds that breeders selecting lines for high protein in pulse crops is problematic as those higher lines protein are often lower yielding.

“Currently, growers are paid for yield – bushels per acre – not protein content, however some protein fractionation companies are starting to offer protein premiums.”

“Supplemental research on protein has shown genetically identical dry pea plants grown in the same year and on the same field produced a protein content that ranged from 19 to 25%. It indicates that additional factors are at play. Other research has found that that early maturing varieties could produce more protein than late maturing varieties.”

As protein is a measure of N content in the seed, any factors that interfere with the N fixation process or accumulation of N in the seed will decrease protein content.

“Extremely dry or wet environmental conditions will limit plant growth and affect the rhizobia that form the symbiotic relationship with roots to fix N from the air,” he explains. “Drought conditions at time of seeding will cause problems for the rhizobia bacteria to survive and get established and start providing N to the plant, thus lowering the final seed protein content.”

Conversely, Olson adds that excessive moisture creates anaerobic conditions that are not conducive to the rhizobia bacteria’s survival and growth.

“Likewise if there is high level of disease, such as fusarium and aphanomyces, there maybe very few roots – and root hairs – for the rhizobia to infect to form the nodules necessary for N fixation.”

Insects such as the pea leaf weevil – whose larvae consume nitrogen-fixing nodules – will also affect the final protein content of the seed.

“Inoculant types and their carriers are strongly affected by environment. Under drier, low pH soils or harsh conditions, granular inoculants tend to provide more uniform and consistent rhizobia populations than peat and liquid formulations,” he says.

Olson says that higher levels of available N will be reflected in higher protein content.

“Soils with higher OM% and good moisture conditions will continue to breakdown and release N throughout the growing season.”

“As for nutrient balance, S is an important component of protein synthesis and is required in ratio of 12:1 – N:S – for both high biomass and grain yields. A shortage of S lowers the utilization of available soil N.”

The word protein comes from the Greek word proteios, which means ‘holding the first place.’ Protein is made up of 20 amino acids in various proportions, and is 1 of 4 essential building blocks for life. Plants can manufacture amino acids where animals, including humans, are not able to and are dependent on dietary sources. Enzymes and hormones are types of proteins.