Agriculture and Forestry’s field crop development centre’s barley breeding program has been moved to Olds College, the province says in a news release on Oct. 16.

“Tremendous barley varieties have been developed under Alberta’s barley breeding program and a more farmer-focused research program under Olds College, will just make a good thing better,” Devin Dreeshen, minister of agriculture and forestry, says in the release.

An initial $10.5-million grant over three years will fund the program at Olds College, the release notes. The college will take ownership of the program, providing it the capacity to support more world-leading research.

Alberta’s barley breeding program has successfully developed and introduced several new varieties of barley to both domestic and international markets, the release says. Some examples include:

Since 1973, the program has been developing enhanced cereal varieties for feed, malt, food and bio-industrial uses.

This agreement is part of the Alberta government’s agriculture research transition, which has included starting Results Driven Agriculture Research (RDAR). Over the long term, RDAR will assume ongoing responsibility for the funding agreement with Olds College, the release notes.

“RDAR is excited to support the ongoing barley/triticale research at Olds College. The results of this research will directly benefit producers’ competitiveness and profitability as new economic opportunity is discovered. RDAR is where big ideas grow,” David Chalack, interim board chair of RDAR, says in the release.

Photo: Pixabay The following piece is from our sister publication, Spud Smart. The Canadian government is providing up to...

END_OF_DOCUMENT_TOKEN_TO_BE_REPLACED 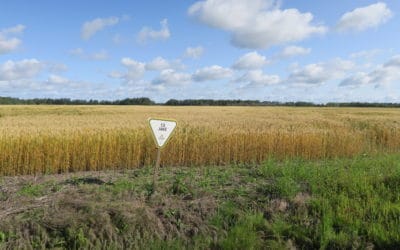