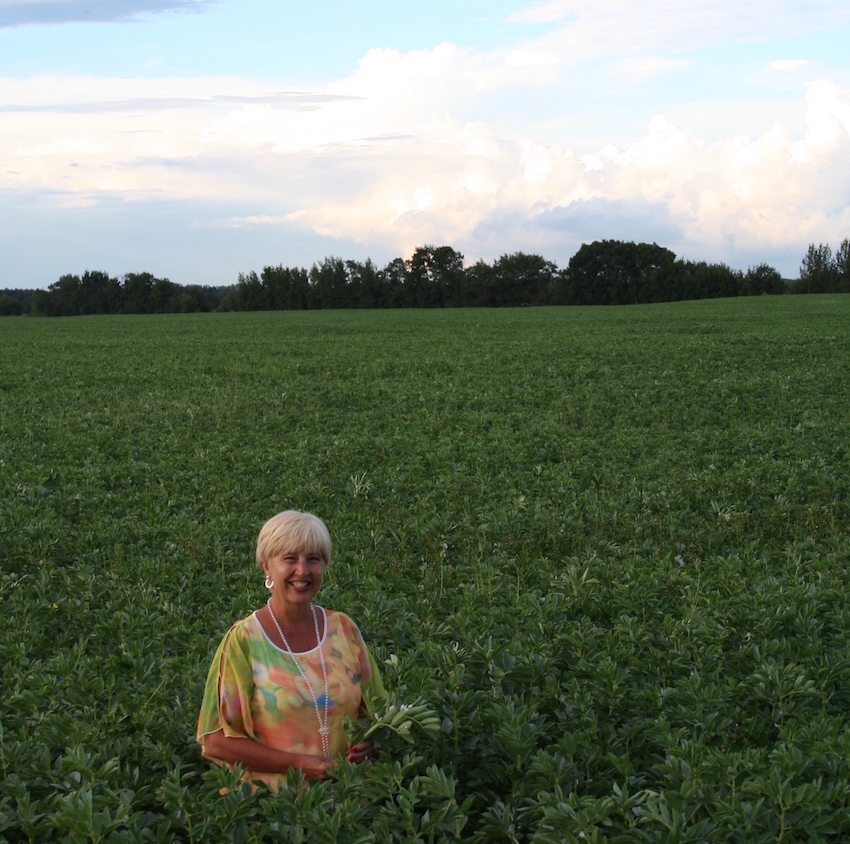 IYP will have long lasting benefits for pulse industry

Many seeds were planted during the International Year of the Pulses (IYP), and organizers and promoters are expecting a great harvest to follow.

The world-wide, year-long campaign of the United Nations-inspired Year of the Pulses, which wrapped up at the end of 2016, far exceeded expectations in terms of connecting with billions of consumers and raising awareness of just what pulse crops are and how they can be used in a healthy and nutritious diet, say Canadian pulse industry contacts.

The specific year of the campaign has ended, but officials say it created a momentum that will have a lasting ripple effect across the whole field-to-plate food network for years to come.

It was only the fourth time in the nearly 60 years that the United Nations has been declaring “International Years” that a food or crop has been designated.

While farmers in Alberta are well familiar with the most common pulse crops such as peas, beans, lentils and chickpeas, IYP threw the global spotlight on the crop creating interest and awareness with consumers – many unfamiliar with the term “pulses” itself, and unaware of how these crops can fit into a healthy diet.

“We had been preparing for this for a long time, so the International Year of the Pulses really represents a launching point,” says Gordon Bacon, CEO of Pulse Canada. “Research had been done and materials prepared, and resources were available to really launch the message and address consumer and societal interests in healthy, nutritious and environmentally sustainable foods.”

IYP 2016 was aimed at consumer awareness and education, and in North America specifically targeted the Millennial generation which covers a wide segment of society ranging from late teens to those in their mid 30’s. It is large consumer demographic concerned about proper nutrition, human health and environmental health – three areas in which pulse crops have an ideal fit. It is also a group that is very social media savvy.

“The IYP campaign over the last year has exceeded our expectations in North America alone and globally,” says Bacon. “A significant indicator: as the year ended, the program had received more than three billion impressions – this refers to all types of media and social media connections – people looking for some type of information on pulse crops. It far exceeded any expectations we had, and as we continue to monitor on-line search engines and other sources, the interest continues to grow.

“Over the year we saw people were getting the message, but we also wanted to know ‘did that message affect you?’” says Bacon. “Surveys of Millennials again showed very positive results. About 44 per cent of those surveyed in the U.S. said they would increase their use of pulses.”

As consumers are increasing their interest in healthier and nutritious food products, food processors are also “renovating” their processing formulations to include more pulses.

He points to statistics of various food categories that show, for example, while the overall category of snack foods has seen an annual growth rate of about two per cent in the past five years, the growth of snack foods containing pulse crop ingredients has increased by more than 25 per cent for peas. Down the pasta aisle, the overall pasta growth rate increased by 0.6 per cent, while pastas containing chickpeas increased by 24 per cent; in the soup category, the overall category actually saw a 0.8 per cent decline in growth, while the segment of soups containing lentils and chickpeas had growth of 6.5 and four per cent, respectively.

Along with the international and national programs, it was also a busy year in Alberta, says Leanne Fischbuch, executive director of Alberta Pulse Growers (APG).

“We looked at opportunities here in Alberta that would complement and build on what was being done nationally and internationally,” she says.

Efforts included having the International Year of the Pulses recognized in the provincial legislature, providing an opportunity to spend time with politicians explaining the value and importance of the pulse industry. Alberta Pulse also produced a pulse-themed calendar that was distributed to more than 5,000 people across the health, food, education and agriculture professions. There were culinary student programs encouraging the development of innovative food products. Working with the Alberta Culinary Tourism Alliance, two days were spent in the field with chefs from across the province, showing them where pulse crops are grown and how they are processed.

And the final event was the Alberta Pulse Showcase held in late November at the Food Processing Development Centre in Leduc, which provided an opportunity for food scientists to showcase innovative new food products they developed, all using pulse crop ingredients.

So will all the promotion and interest raised by IYP have a benefit for producers?

As a pulse grower near Sylvan Lake, Alta., Allison Ammeter for one is convinced the year will have a long-lasting impact on the growth of the pulse industry. Along with producing the crop, she is also chair of the Alberta Pulse Growers and, since 2014, she has served as the chair of the group of committees responsible for organizing the International Year of the Pulse activities in Canada.

“Admittedly I am a bit of a cheerleader,” she says. “But anytime you can increase consumer awareness it is a huge gain for farmers. I believe there is a good correlation that as consumers eat more, farmers will grow more.”

With about 2.4 million acres of pulse production in 2016, Alberta has seen a phenomenal growth in pulse acres over the past 10 years, but Ammeter says more gains can be made.

“Our goal as an association is to see one in every four fields planted to pulse crops,” she says. “Not just for the sake of growing more pulses, but we hope to show producers the economic and agronomic benefit of growing pulse crops. A proper rotation is good for soil health, and a rotation that includes pulses benefits other crops down the road.

“With the value of the crop and lower cost of production, pulses pencil out very well,” she adds. “The APG strategic plan is to increase the arable land planted to pulse crops in Alberta from eight per cent to 15 per cent over five years.”