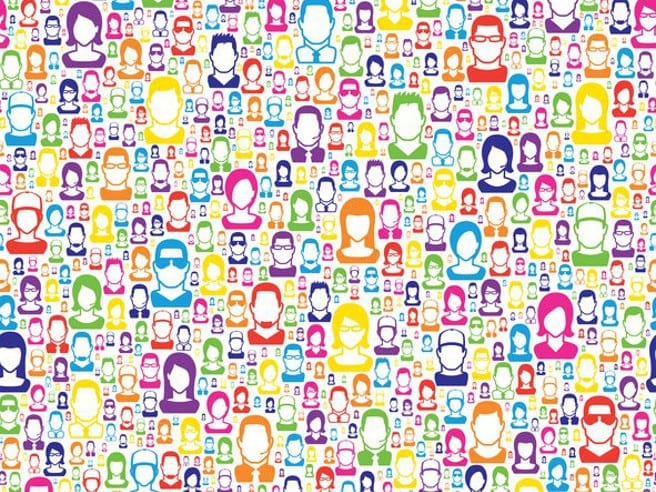 Supercluster is one of the latest buzzwords beings bandied about in the ag media these days. A cluster, as defined by Canada’s Ministry of Innovation, Science and Economic Development, is a “dense area of business activity containing a critical mass of large and small companies, post-secondary and other research institutions” that “energize the economy and act as engines of growth.”

Superclusters build on the advantages of clusters. “These innovation hotbeds,” states the Ministry’s website, “have stronger connections, a long-term competitive advantage, global brand recognition and an outsized positive impact on job creation and economic growth.”

Through its new Innovation Superclusters Initiative, the feds are investing up to $950 million over five years in five select superclusters “with the greatest potential to build world-leading innovation ecosystems” and “secure Canada’s future as an innovation leader.” The initiative is specifically designed help Canadian companies grapple “with an unprecedented rate of change,” and partner in new ways to “remain at the forefront of competition, address key challenges and build a shared advantage.”

One of these five superclusters is Protein Industries Canada (PIC), a group of over 120 private firms, institutions and other stakeholders across Western Canada and beyond, allied to fully develop the potential of plant-based proteins from pulses, grains and oilseeds, from canola to hemp. PIC notes that plant-based protein is already a $13 billion market of which Canada currently holds a minimal share, and that the global need for plant protein will greatly increase in the decades to come.

The federal funding received by PIC supplements roughly $400 million of cash, in-kind and venture capital commitments already made by PIC members. PIC’s projects – which are expected to be finalized this fall – will focus on crop breeding, crop production, value-added processing and export development.

Wilf Keller, president and CEO of Saskatchewan-based Ag-West Bio, believes superclusters can be transformational for agriculture and the seed industry in that they involve a large number of organizations working cohesively and setting aside provincial borders. Ag-West Bio is a founding member of PIC and itself a bioscience industry alliance of research institutions, private firms and other groups that started in 1989.

Keller adds that “it’s important that PIC is sustained over the long-term, 25 to 50 years, so it can do its part to make Canada as a whole much more competitive.”

In terms of seed-related projects that PIC may undertake, Keller notes that breeding seed with higher protein and better-quality protein are certainly possibilities, as is breeding to making protein easier to process.

“Canola is a $27-billion industry, mostly based on oil,” he says. “If you can remove the hull that adheres to the seed more easily, even breed for seed where the hull is not so strongly adhered, that would save a lot of money and open up opportunities for canola protein. Most canola protein (meal) is used in the U.S. dairy industry, but there are many more opportunities in companion animal, aquaculture and other markets.”

Canola Council of Canada (CCC) Chair David Dzisiak agrees that PIC could be transformative for the canola industry.

“Within the next five years, there will be a $300-million investment in R&D, focussed around the development, production, processing and commercialization of protein from canola and other crops,” he says. “It’s an extraordinary amount of money. This is the protein decade. The growth used to be around oil, and that still exists but not at the pace that it was. Vegetable protein for human consumption and feeding animals is in demand, and there is also demand for specialized protein that canola hasn’t been able to participate in. PIC may change that.”

CCC President Jim Everson agrees that development of canola protein is very important. He reiterates that the R&D PIC undertakes may help answer the question, “How do you develop seed that has more of the protein that’s desired and sets you up so that it’s easier to access and fractionate?”

Dzisiak points out that PIC’s creation is timely, in that high-quality genetics can now be harnessed with high-tech methods to improve yields and employ novel processing technologies. “The latest generation of plant breeding tools like gene editing and advanced genomics will be used to develop new high-protein seed types,” he says. “It will take five to seven years instead of 15 to 20 years.”

Shortlisted for the Innovation Superclusters Initiative, but not chosen for current federal funding, is the Smart Agrifood Innovation Supercluster (SASC), a consortium of over 90 industrial, academic, farmer and government partners aiming to make Canada the preferred global supplier of sustainable, high-quality, safe food. Its central areas of focus are better use of existing ag data, improvement of trade opportunities and job creation.

Interim CEO Rob Davies says he and his team arebusy looking for opportunities to continue to advance the SASC agenda. “The good work that was done by all participants was very valuable, and obviously not something we want to lose,” he notes. “There is an opportunity to set up an entity that allows us to continue to work through an Innovation Community structure and provide some coordination of efforts, as well as significant funding leverage. While it may not look quite the same as what we had originally envisioned for SASC, we believe that there are still ways to accomplish many of the objectives.”

Accelerators are similar to clusters in that they promote innovation and commercialization, but differ in that they offer support for existing startups in the form of a range of support services and funding opportunities. The best-known ag sector accelerator in Canada is Bioenterprise Corporation. Through its six locations across the country, the organization provides agri-businesses with scientific and technical expertise, industry knowledge, business services and global connections. In January 2018, Bioenterprise awarded 24 firms in Ontario with grants of up to $30,000 each, along with coaching and mentorship (added to the 65 recipients that received funding in 2016 and 2017).

One seed-related startup supported by Bioenterprise is called Agri-Neo. This Toronto-based firm has developed Neo-Pure, an organic, government-approved pathogen control treatment for low-moisture foods such as seeds, sprouted grains, nuts and spices. “Agri-Neo has also developed a patent-pending treatment process for Neo-Pure that makes it easy for food companies to integrate it into their existing operations,” says Rattan Gill, Bioenterprise analyst of Agriculture & Regulatory Affairs. “This high-throughput system can process large volumes of seeds each hour, applying Neo-Pure to ensure that each seed or grain is uniformly coated.”

Another firm to have received Bioenterprise support is Katan Kitchens, which developed ‘Quinta Quinoa’ at its research farm in Brookville, Ont., over the last few years. Quinta Quinoa is a ‘supercharged version’ of the South American seed crop, bred to thrive in local growing conditions and containing significantly higher levels of protein, fibre, iron, calcium and magnesium than traditional varieties. Bioenterprise has assisted Katan Kitchens with building pitch decks, securing funding, providing feedback on business plans and making important connections with industry partners.

“Innovation is the backbone of Canadian agriculture,” says Gill. “The innovation continuum starts with idea conception, R&D, grows with prototype development/pilot project and technology transfer and commercialization, and completes with technology adoption. The synergy and collaboration among organizations supporting each of these stages is critical to ensure that we can develop effective solutions to the challenges that agriculture is facing.”

Five ‘superclusters’ to have recently received funding under the ‘Innovation Superclusters Initiative’:

The Protein Industries Canada Supercluster (based in the Prairies) will fully develop the potential of plant-based proteins from pulses, grains and oilseeds like hemp and flax.

The Ocean Supercluster (based in Atlantic Canada) will work to improve competitiveness in Canada’s ocean-based industries, including fisheries, fossil fuels and clean energy.

The Digital Technology Supercluster (based in British Columbia) will use big data and digital technologies to unlock new potential in sectors like healthcare, forestry and manufacturing.