One research firm set out to better understand the psychology of the farmers who are most likely to lead the industry in 2040 and the implications for retailers and those who seek to serve them.

If you had a crystal ball to look 20-plus years into the future, would you? Sometimes knowing the future can be scary because it might not look anything like what you want or expect. Maybe there’s little, or even no, resemblance of today.

Who are your customers? What do they value? How do they operate? That’s the vision Brett Sciotto, president and CEO of Aimpoint Research, tried to paint for attendees of the American Seed Trade Association’s Policy and Leadership Development Conference in Denver, Colo.

“Who is the Farmer of 2040 and what will they require of us?” Those are the questions Sciotto and his team set out to answer with when they believed clients weren’t looking far enough over the horizon. Through qualitative and quantitative research, Aimpoint Research revealed the psychology of the farmers who are most likely to lead the industry in 2040 and both internal and external factors impacting their success.

In short, Sciotto said the “Farmer of 2040” will require a lot of things of seed companies and those who seek to serve them.

During the company’s research, which looked at primary farm operators in the United States 55 years of age and younger, the farmers of today segmented into five classes: independent elites, enterprising business builders, classic practitioners, self-reliant traditionals and the lifestylers.

You can listen to Sciotto describe each of these groups in the audio link at the bottom.

Sciotto’s predicts that by 2040 the majority of farmers who retailers will seek to contend with and to serve come from either the independent elites, comprising 20% of farmers, or the enterprising business builders, comprising 21% of farmers.

When you start to compare these groups to each other, Sciotto said the group that really stands out is the enterprising business builders — a group that is aggressively focused on growth.

Sciotto described they have the highest business IQ, are very financially sound and willing to borrow money to keep investing. The enterprising business builders, he said, are highly innovative and not at all traditional or encumbered by the past.

“These are the ones who are pushing to vertically integrate and to find new ways to do business and to create a competitive advantage,” Sciotto said, noting that 64% of this group expanded and strengthened their operation in the past five years. “These difficult times in agriculture aren’t so difficult for this bunch. In fact, they don’t believe their success is in anyone’s hands but their own. They are an aggressive bunch that is doing quite well.”

However, Sciotto red-flagged that this group is also the least brand loyal — a troublesome spot for companies that rely on relationships or brand loyalty to carry sales.

The farmer of 2040 is … “ROI focused,” he said. “They are competitively focused. They want an advantage from whoever they work with. While they want relationships — just like everyone in the industry — they will leave you in a heartbeat if they can find a better way to accomplish their goals and grow.”

What’s important, he said, is not to think of this group as cheaper.

“This group recognizes value-adds for best in class, for doing it the best or optimal way,” he said. “But if you aren’t the best in class, they will leave you. They are the ones charging the hill, and I think this group will be the largest group in agriculture come 2040, so you need to be thinking about them.”

When compared to the other groups, Sciotto said the enterprising business builders over index on growth potential, business IQ, a willingness to change and financial health. They way over-perform when it comes to open mindedness, as they are very adaptable and very willing to surrender independence to get to the next level. They are very entrepreneurial.

Some farmers, Sciotto said, admit that they aren’t going to change or worry they won’t be able to navigate the changes. Today 105,000 farms produce three-quarters of the output of ag value, he said, predicting that by 2040, there will be fewer than 75,000 farmers doing more than 75% of agricultural output in the United States.

“This means you are going to have really big farms and a whole lot of small ones,” he said. “We are seeing this bifurcation of farms, that collapse of the middle, and we are seeing this right now.” 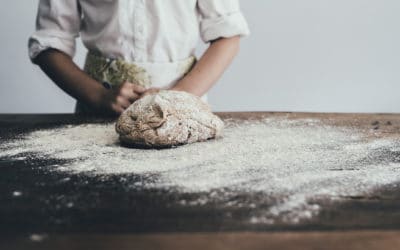 Wayne Gale Asks: How Did Dan Barber Get It So Wrong?

By now, I’m sure most of you have seen the New York Times opinion piece by Celebrity Chef Dan Barber. Barber makes some...

END_OF_DOCUMENT_TOKEN_TO_BE_REPLACED 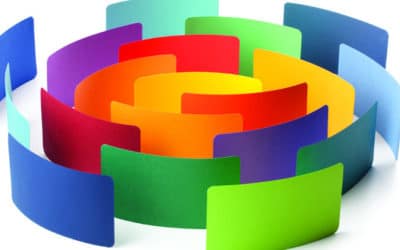 It’s common knowledge that the Canadian Seed Growers Association has 3,500 members. But is that really the case? It might...