Milling Oats are Worth some Attention 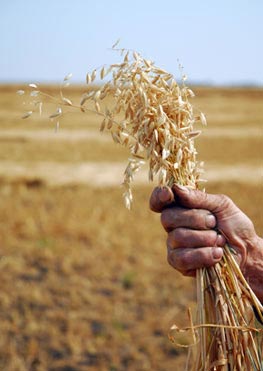 If you’re interested in producing oats for the milling market, CDC Ruffian and CS Camden aren’t the only two varieties on the market, but they are two newer milling oat varieties with the quality characteristics millers are looking for. And from a farmer perspective, they have good agronomic packages as well. 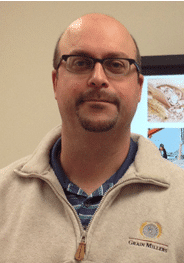 Growing oats for the milling market ideally shouldn’t be an afterthought, says Terry Tyson with Grain Millers Canada Corp. of Yorkton, Sask. The requirements for a milling oat probably aren’t quite as rigid as they are for producing malt barley, but there are similarities.

“To some extent, too, oats might be a victim of their own hardiness,” says Tyson, Canadian grain procurement manager. “Depending on the year, you can have reasonably good success with oats, with reduced inputs. But we encourage growers looking to supply the milling market to apply some extra attention.”

Requirements may vary by company, but Grain Millers, for example, is looking for oats with uniform, plump kernels, good bushel weight, good milling yield and quality characteristics that include high beta glucan and low oil content. Those quality characteristics are important for a grain that’s being processed for food product lines, which carry heart-healthy label claims.

Tyson says milling oats differ from the pony or feed oat market where often appearance – plump kernels with white hulls – is the key feature. “For milling oats the outside appearance isn’t as much of an issue,” he says. “If a crop does get rained on we’re not worried if the hull has some discoloration. What we look for when we remove the hull is nice creamy white groats.”

CS Camden, marketed by Canterra Seeds, and CDC Ruffian, marketed by FP Genetics, both deliver good milling characteristics and proper nutritionals, and in a third area which is equally important to millers as well as growers, they both have good agronomic packages. 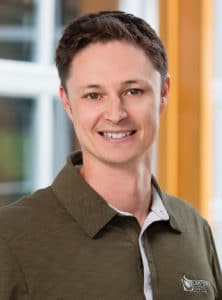 Developed in the Lantmannen SW Seed breeding program, CS Camden was evaluated and advanced through Canterra Seeds internal product development program and registered in Canada in 2014. “It has an excellent fit for Western Canada,” says Brent Derkatch, director, operations and business development with Canterra Seeds. “The variety is agronomically superior, with a shorter stature and better lodging resistance.”

And it is a higher yielder as well, with field trials showing an average 114 per cent yield compared to CDC Dancer in Saskatchewan, and achieving 153 bushels per acre yields in Manitoba, according to the 2017 Manitoba Seed Guide. During the 2017 harvest, there were reports of 170-plus bu/ac yields.

CDC Ruffian was developed at the University of Saskatchewan’s Crop Development Centre with the first Certified seed available to farmers in 2016. The initial work on the variety was started by the now-retired plant breeder Brian Rossnagel, and later transferred to oat and barley breeder Aaron Beattie.

“It is a variety that is just being introduced to farmers, but it has shown very well in performance trials, “ says Ron Weik, seed portfolio manager, FP Genetics. “ CDC Ruffian offers excellent yield potential that is 10 per cent higher than CDC Dancer in Alberta and 12 per cent higher in Saskatchewan.” The variety also has a very good agronomic and disease package, ideal for production outside of the crown rust areas on the Prairies.

At the University of Saskatchewan, Beattie says he’s always watching for new varieties with improved agronomic and milling characteristics. About 90 per cent of resources of their oat breeding program is devoted to milling oats. 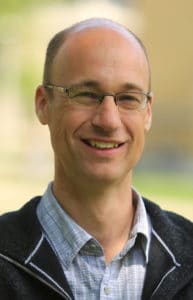 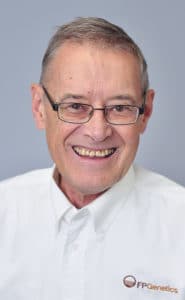 “We always have to keep both farmers and millers in mind as we look at variety development,” says Beattie.

To meet farmer interests, he’s looking for features such as higher yield, improved straw strength and “reasonable” maturity to suit Prairie growing conditions. And disease resistance can also be a concern, depending on different areas of the prairies.

On the milling side, he is looking for varieties with features such as white hulled, low hull percentage, high kernel plumpness and good test weight. Also, to meet milling and end-use requirements, oil content has to be below eight per cent and beta glucan levels a minimum of 4.5 per cent and preferably higher. Although protein content hasn’t been a big concern in oats, some millers are now looking for higher protein varieties.

“Oats have been treated in two ways over the years,” says Tyson. “We have some growers who really pay attention to producing good quality oats and really treat it as a cash crop. And there are some producers who, depending on the year, may make it a last minute decision.

“But we always encourage growers to use good quality pedigree seed, select clean fields that are free of wild oats and apply proper fertility.” He says oats need, on average, about 100 lbs of actual available nitrogen per acre, which may mean adding 40 to 60 lbs of nitrogen along with phosphorus, at time of seeding. Soil test results will provide specific recommendations.

Variety selection is also important – grow what the miller wants. Grain Millers, for example, has a variety list for growers that includes seven “recommended” varieties (including CS Camden and CDC Ruffian), along with seven other “acceptable” varieties. They also included a list of prohibited varieties – they aren’t interested in feed, hull-less and forage type varieties.

Grain Millers offers production contracts to growers, including many long-time suppliers, but is always interested in talking to new suppliers as well. The company is just building a new elevator and office in Rycroft, in Alberta’s Peace River region, to expand its oat collection area.