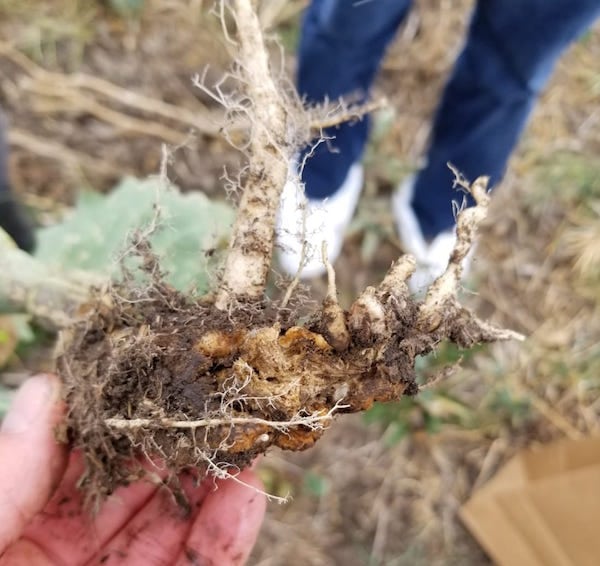 Clubroot has been identified in canola southeast of Calgary. Although clubroot has been found in various counties in Alberta since 2003, this is the first year the disease has been confirmed in Rocky View County.

This fall, southern Alberta canola growers should be especially diligent in scouting their canola fields for clubroot and should consider deploying resistant varieties in future canola production cycles.

Identifying clubroot as early as possible and keeping the pathogen’s spores from spreading are important steps in long-term clubroot management. With early detection, growers can take steps to contain and minimize spore loads and protect their fields. ANY method of soil movement can move the clubroot pathogen’s spores, such as tillage, dirt/dust on equipment and straw, wind or water erosion, and even animals.

Under high disease pressure, above-ground symptoms of clubroot can include stunted growth, wilting and premature ripening. These symptoms should not be mistaken for drought stress, which was common throughout southern Alberta this year. Start looking for the disease around field entrances and in areas with higher moisture or where soil movement may have occurred in a field’s history. Proper diagnosis should always include digging up plants to check for gall formation on roots. This time of year, many galls will likely have matured and decomposed into a peat-moss-like (or sawdust-like) substance around roots. If growers or agronomists find galls or a substance that looks like it might have been galls, samples can be sent to a lab for proper diagnosis. Find the labs list at clubroot.ca.