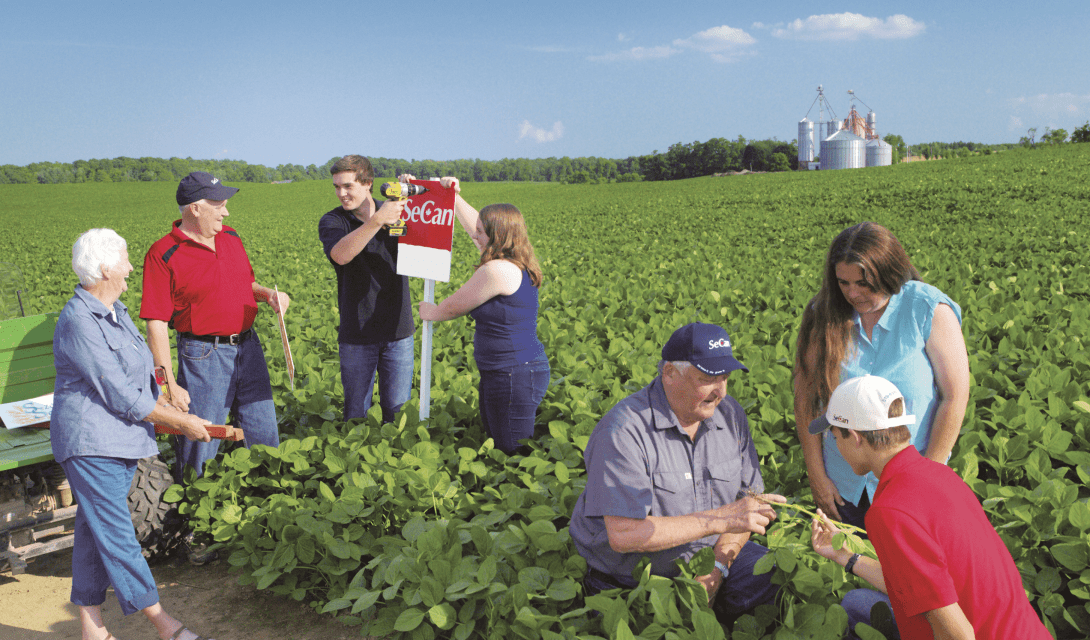 The future is now for farm-to-table traceability thanks to a pilot project that used blockchain technology to follow locally produced certified soybean seed through production and processing, ending with freshly packed tofu hitting grocery store shelves.

And according to experts who played a key role in the project, blockchain technology could mean one thing for farmers — more revenue.

The pilot was supported by an investment from Agriculture and Agri-Food Canada’s Canadian Agricultural Adaptation Program (now the Canadian Agricultural Strategic Priorities Program) and through additional support from Grain Farmers of Ontario. A partnership between the Canadian Seed Growers’ Association (CSGA) and Grain Discovery, it represents the first time blockchain has been used in the seed industry — something that CSGA’s managing director of certification and technology services, Doug Miller, believes is going to change the seed sector forever. 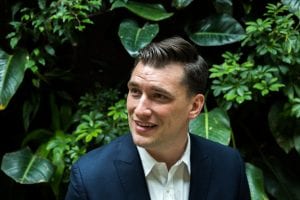 Doug Miller is managing director of certification and technology services for the Canadian Seed Growers’ Association.

Miller is completing an MBA in business at the University of Guelph and his thesis centres around the use of blockchain in the seed industry. He was heavily involved in the pilot project from start to finish.

“We wanted something we could put in people’s hands that was tactile, that they could interact with and say, ‘This looks just like a normal app,’ but behind the scenes is the blockchain technology that has a lot of potential to bring next-level traceability to market and really fundamentally change things,” Miller says.

“It’s been eye-opening to say the least. This is not a technology that should be feared, but one that should be embraced — and people are now able to see that.”

The pilot created an end-to-end solution to track Identity Preserved (IP) soybeans throughout the value chain, from the breeding institution to tofu consumer. Every step the soybean seed took was recorded onto one blockchain, creating a digital food passport that could be accessed by scanning a QR code with a phone on the final packaged product.

The QR code takes the consumer to a website showing them the entire value chain from beginning to end: the variety of soybean seed used to produce the tofu; the seed grower who grew that seed; the person who transported the seed to the farmer; the farmer who produced grain from the seed; the person who took the grain to the elevator; the elevator that stored it; the person who transported the grain to the tofu manufacturer; the manufacturer who made those soybeans into the tofu product purchased at the grocery store; and finally the company that distributed it to grocery stores in Ontario.

It provides an opportunity for the end user to dig into a specific stage and learn more about the product, says Miller.

“Traditionally, consumers are told that a certain type of soybean or barley or what-have-you shows up on the scene and is then used to make a product. That’s a hugely condensed version of the story. You can’t make tofu with just any soybean,” Miller notes. “That’s why IP programs that preserve varietal identity through the value chain are important and desired by end users.

“From the end user’s perspective, this provides a curated story. We can tell that ‘farm-to-fork’ story in a way that resonates with them without overloading them with too much data.”

That “farm-to-fork” story is something consumers increasingly demand, research shows. A recent study provides further understanding into the tides of public opinion around Canadian food, how it’s grown, and the relationship consumers want with farmers and those who process their food.

Public Opinion: A Study of Canadian Conversations Online on Food and Farming led by the Canadian Centre for Food Integrity uncovered how food, farming and a handful of hot button issues capture national interest in millions of conversations online. The issues Canadians are most engaged with include climate change and the links to food production, organic foods, and discussions on GMOs.

Blockchain presents an opportunity for the seed industry to be a part of those conversations by showing the consumer how their food is produced.

Miller echoes recent recommendations from the Agri-Food Economic Strategy Table, which advises blockchain pilots be done immediately in low-risk environments to provide insights for the rest of the industry on how the technology can be applied.

“Projects like this allow the agriculture industry to look under the hood, so to speak, and see how this technology really works. Blockchain has been surrounded by so much hype that people often have the wrong idea about it.”

Blockchain is a relatively new technology, so pilots like this are required to determine what type of value it can provide, Miller says.

Blockchain is often associated in the minds of the public with cryptocurrencies like Bitcoin, notes Grain Discovery CEO Rory O’Sullivan. An Ontario-based startup, the company uses blockchain technology to create efficient, transparent and secure transactions in the ag space. 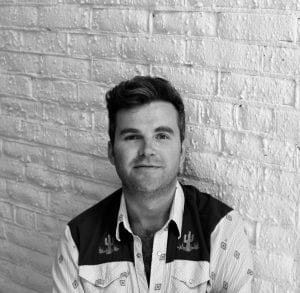 “People hear the word blockchain and they often get a negative image in their mind. Now that the initial buzz about blockchain has died down, we can show people that this technology is a great tool with very practical applications that will make a difference in their lives,” O’Sullivan says.

“Agriculture is moving away from being a pure commodity business to an ingredients business, where consumers look at a crop as something very personal to them. This project is the first mile of the journey to see how blockchain will fit into the supply chain.”

And that, he believes, is why farmers stand to reap the financial benefits that blockchain could present.

“Farmers generate a lot of data now. Up to now, the pain point has been the lack of a database that can connect the various data silos together. Blockchain is the ideal enabler of that. And that data is very valuable, especially in this era of growing ingredients,” he says.

“For identity preserved soybeans, there’s a 35 per cent premium based on traceability. The advent of on-farm storage allows us to potentially de-commoditize the commodity. How do you grow an ingredient and not just a commodity? The ability for a farmer to capture existing data and share it and get paid for it is key. Farmers are willing to record information more accurately if there’s monetary value attached to it.”

Looking forward, O’Sullivan believes one of the benefits of blockchain is the anticipation of a new type of co-op model for the industry.

“We see many organizations joining as equal participants offering their services [and involving their clients] to share in the benefits of the model [i.e. seed, input, insurance, logistics, financial services and government regulators],” he adds.

“Blockchain has the potential to be key in an ever-expanding toolbox for the farm and food sector, by potentially linking all this data together. Blockchain is about collaboration for mutual benefit, a unified marketplace of goods and services that enables greater efficiencies, transparency and true price discovery along the supply chain.”

The implications for traceability are clear. Miller notes blockchain goes well beyond traceability. Organizations/value chains across the globe are looking at how blockchain can increase their operational efficiencies and reduce administrative burden.

“For example, part of an IP program involves the use of certified seed. With blockchain we can create digital handoffs versus paper handoffs and re-imagine an IP program.”

What has happened as part of this pilot project is a digitally connected value chain has been created, Miller says. “As a result, we are allowing consumers to connect and interact with producers in a new way. One example of this is using the payment capabilities of blockchain technology to introduce a tipping feature,” he says.

Support from the grain industry will be key. Crosby Devitt, vice-president of the Grain Farmers of Ontario, says the pilot project will help the grain sector better understand the implications of blockchain. 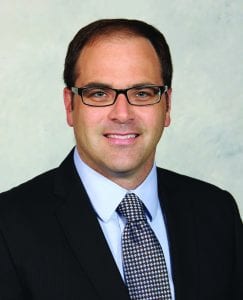 Crosby Devitt serves as vice-president of the Grain Growers of Ontario.

“Now comes the challenge of figuring out how we create value out of this. There are a lot of steps between the farmer and consumer, and if you close those gaps you get better signals from the market. The consumer can now literally see the farmer who grew the food they bought,” he says.

As for next steps, Miller says this pilot has provided key insights into how blockchain technology can be used by the seed and the agriculture sector.

“We hope to build upon this pilot by expanding into new crop kinds and more pilot projects. CSGA, along with its Seed Synergy partners and other key value chain partners, recently submitted a funding request to Innovation, Science and Economic Development Canada’s Strategic Innovation Fund where blockchain technology was a pillar of the submission.”

O’Sullivan adds that blockchain offers a whole new value proposition for countless parties within the industry.

“It is also important to note that blockchain does not replace legacy systems — it’s a layer that sits above your system and enhances the value of it.” 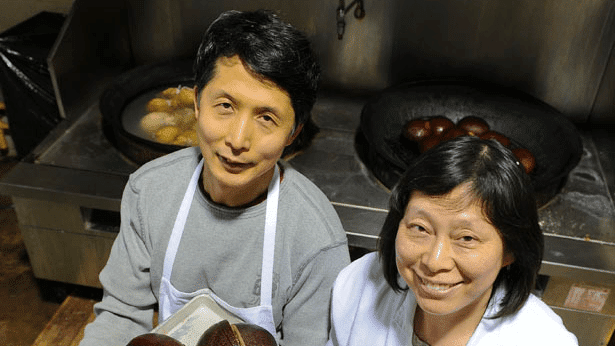 The soybeans were processed into tofu by Ying Ying Soy Food Ltd. in Mississauga, Ont.

The intention of the pilot was to provide a mechanism for the Ontario soybean supply chain to capitalize on consumer demand for transparency and build additional value into their product at home and internationally. This was achieved by recording every step the soybean seed took onto a blockchain, creating a digital food passport that could be accessed by scanning a QR code on the final packaged product.

The OAC Kent pedigreed soybean seed used in this pilot, a variety developed by the University of Guelph, was produced by Szentimrey Seeds Ltd., planted and harvested by Minten Farms, stored at the Beechwood Agri Services Inc. elevator, processed at Ying Ying Soy Food Ltd. and distributed by FreshSpoke.