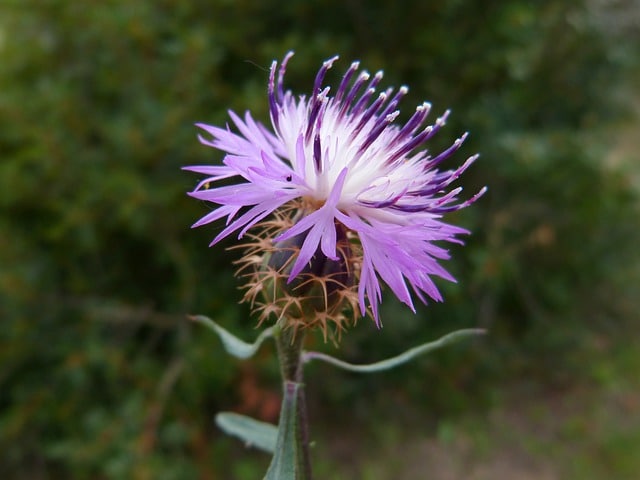 If you have a canola field with a lot of perennial weed escapes, especially Canada thistle, are you better to spray them pre-harvest or post-harvest for maximum efficacy? There are benefits to both options.

Jim Hunter, weed researcher (retired) with Agriculture and Agri-Food Canada in Regina, found that Canada thistle plants moved glyphosate to the roots more effectively when in the rosette stage in the fall than earlier in the year when the plant was in the bud stage (which was the previous recommendation). Another study out of the northern U.S. found that about 90% of Canada thistle plants emerging from root cuttings remained as a rosette when day lengths were less than 15.25 to 15.5 hours. On the 49th parallel, sunlight hours drop below this level in late July. In the northern latitudes, like the Peace River region, it is into the second week of August. Pre-harvest or post-harvest would probably both hit this rosette stage.

Time needed for regrowth favours pre-harvest. Four to 6 weeks of regrowth are required before treating thistles with glyphosate in a post harvest scenario. This makes killing frost a factor. Will there be 6 weeks between harvest and frost? Northern latitudes and higher altitudes make for earlier frosts.

Thistle root dormancy favours pre-harvest. Canada thistle has to produce new storage roots each year as the plants head into winter, since the old ones were exhausted driving new top-growth earlier in the year. As roots are formed, the buds on them will go into dormancy after some time, as a way to preserve the energy in the root. Glyphosate moving through the plant will bypass dormant buds. One of the reasons for adding an auxin mimic (Group 4) herbicide to glyphosate to improve activity in perennial broadleaf weeds is because it snaps buds out of dormancy, allowing the glyphosate to enter them. IMPORTANT: Group-4 tank mixing is not allowed in anything pre-harvest and is not allowed post-harvest in fields planned for canola next year.

Tank mixing favours post-harvest. With the crops off, growers have more tank mix options. They can also add residual products later in the fall for in-crop weed control for the following season.

Rates favour pre-harvest. Post-harvest will require three times more glyphosate to perform the same job. Even with a lot of Canada thistle regrowth, the rosette will still only have a fraction of the leaf surface area that the full sized plant did prior to harvest. This means that the glyphosate application rate needs to be tripled compared to pre-harvest rates or about 1,100 g ae/ acre for post harvest to get the same amount of glyphosate into the root. Or add one of the post harvest tank mix partners to sharpen control for fall application. Either way it will cost more for the same level of control as a pre-harvest treatment.

–Thanks to Clark Brenzil, provincial specialist, weed control with the Saskatchewan Ministry of Agriculture, for help with this article.