CSI Contemplates a Responsive Role for the Future

As executive director of the single point of contact for many seed processing and testing establishments in Canada, Roy van Wyk can imagine a future in which the Canadian Seed Institute (CSI) plays a different and more adaptive role than it does now in its response to the outcome of the Seed Synergy Collaboration Project, which is designed to forge a next-generation seed regulatory system for the country.

Van Wyk can see those responsibilities also extending to seed certification itself as the industry begins to build a next-generation seed system through the Seed Synergy Collaboration Project. Currently, the Canadian Seed Growers’ Association (CSGA) is responsible for certifying pedigreed seed crop production for all agricultural crops in Canada except potatoes, while the CFIA is responsible for the blue tag and the grade tables. 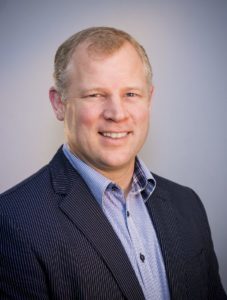 “One thing I think we’d benefit from is if all the oversight and final certification services were delivered under one roof,” van Wyk says.

CSI was originally formed in 1997 when the Canadian Food Inspection Agency (CFIA) was looking to delegate the oversight of registered seed establishments and accredited seed labs. It was a costly and time-consuming role the government simply didn’t want to take on anymore.

Contemplating the role of CSI is nothing new. In the months leading up to its formation in the late 1990s, the seed industry was forced to grapple with the idea of an entirely new organization being formed to take over seed facility inspections, says former CSI executive director Jim McCullagh.

“The hardest work in forming CSI was done through the executives of the CSGA and the CSTA in particular — they were responsible for convincing their memberships this was a good idea,” McCullagh says.

“For the CSTA, where many of its members were already looking at ISO 9001 as a quality management system standard, it wasn’t too much of a new concept to grasp. For CSGA members, it was more daunting. They were more comfortable with the services being provided by the CFIA, and they had a little more difficulty acknowledging that change was needed.”

But change did happen. And van Wyk feels it needs to happen again as the Seed Synergy project begins in earnest. Seed Synergy is tentatively scheduled to provide the federal government with its initial recommendations for a next-generation seed system for the spring of 2018.

“Our industry as a whole recognizes that so many issues are coming at us, and that seed program modernization is here. There are pressures to streamline our six seed sector associations, and while that might seem like the natural thing to do, it might not necessarily mean any cost savings,” van Wyk says.

“Through Seed Synergy, it’s easier to see the value each organization brings to the seed industry. We all have very unique roles and responsibilities. For CSI, it’s been that much more of an eye-opener, to gain an even deeper understanding of how all those parts fit together.”

The Seed Synergy exercise will help CSI gain more knowledge of the other organizations and better understand if there are roles it can take on to help support the other groups, van Wyk adds.

“In 18 months I think the future design for Canada’s next generation seed system will be a lot more clear. CSI is still the most relevant model to look to for future discussions on a next-generation seed system. It’s still early, and we have a lot of ground to cover, but we’re ready to begin talking in a lot more detail and consulting with our clients, members and industry stakeholders to determine what the future seed industry should look like.”