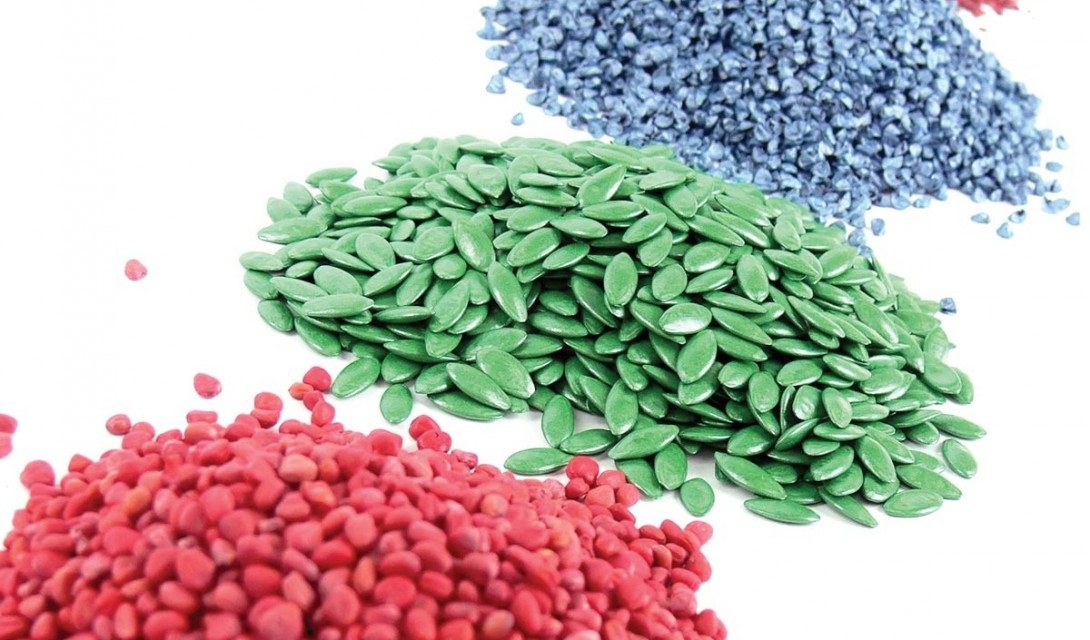 Whether to seed treat or not is a question that often comes up in the spring.

According to Harry Brook, crop specialist with Alberta Agriculture and Forestry, seed treatment should be looked at as an insurance policy to protect against less-than-ideal growing conditions in the spring.

If a producer has high germinating, vigorous seed planted into warm, moist soil, the crop will germinate quickly and be off to a good start. However, spring often comes in spurts between winter and summer, and using treated seed can help to avoid potential problems.

“Soils warm up only to cool off. Long periods of cool, damp conditions hovering around 5 – 6 C gives plenty of chances for root rots to take hold and kill off the plant,” says Brook. “Early plant and root development is a crucial contributor to the overall yield a plant will deliver in the fall. As the roots go, so do the shoots.”

There are other factors besides weather that can increase the risk of seedling losses. Smuts, bunts and Fusarium are seed-borne diseases, and even low levels on untreated seed can, under the right conditions, take over and cause significant yield loss in the crop.

“Without treatment and with a series of damp cool years, small pockets of infection can spread and become a field-wide disaster,” says Brook. “Treating your seed with fungicide kills off those potential damaging organisms and can protect the seed in the soil for up to two weeks. This protection will also extend to some of the common root diseases that attack the crop at the germination stage such as common root rot and seedling blights. Some seed treatments also have insecticides incorporated to prevent early feeding by insects on the seedlings. Seed treatment for flea beetle in canola is standard and treatment for wireworm in cereals is becoming more common.”

Other farming practices that increase the risk of seedling losses include slow soil warming, limited crop rotation and seed quality. “The majority of seeding done is now zero or minimum till. This is good in so many ways but it also slows soil warming in the spring. Plentiful crop residues insulate the soil surface and keep soils cooler and moister, ideal for slowing down germination and emergence and giving fungi a chance to affect the seedling.”

Another big risk factor, says Brook, is crop rotations with little variety. “A lot of central and northern Alberta producers have moved to a canola-wheat or canola-barley crop rotation. Many diseases will overwinter on crop residues left on the soil surface and provide a primary source of infection for surrounding, susceptible crops for the next year. Reducing the spore source requires burial, which is not done with zero tillage. Blackleg on canola is a good example: infectious spores are produced on the stubble for two to three years after the crop is harvested. Highest spore production occurs two years after the crop which is a problem with a wheat-canola rotation. Recent surveys of canola stubble show increasing levels of blackleg in the canola. Crop yield losses are also starting to increase as well.”

Seed treatments with insecticide in them are essential for a couple of crops. “As canola is a very small seed and the seedlings take some time to get established and begin to grow, insecticide treatment is required to protect the seedlings from flea beetles. All hybrid canola sold in Alberta is treated with an insecticide because flea beetles are endemic in the province. As well, peas are susceptible to pea leaf weevil, which is expanding through all of central Alberta. Larval feeding on pea nodules in the roots can lead to nitrogen deficiencies and reduced yields. In areas with high pea leaf weevil populations or signs of heavy feeding in previous years, seed treatment for the weevils is a matter of course. Seed treatment for pea leaf weevil is the only effective way to reduce damage from these pests.”

Another factor to consider when applying seed treatment is the application method. “Ideally, you want every seed to be adequately covered by the seed treatment. Some methods are better than others at getting it on each seed. Drip and gravity feed applicators are not good methods for application as they don’t allow for accurate volume control or seed coverage. To improve coverage, you need an even volume of fungicide being applied over the whole stream of seed as it travels up the auger. Use an applicator tip with a known volume output and pressure.”

Modern seed treatments have lower application rates with less physical product being used, notes Brook. “Even if the seed doesn’t have as much colouring, the fungicides are still effective if applied properly. This makes seed treating calibration even more important, as a visual inspection of the seed is no guarantee of good coverage.”

“As with any insurance, seed treatment is a way of reducing the risk to the crop at the important, early stages of growth and establishment. With the uncertain nature of weather in the spring and tight crop rotations, seed treatment can be way of ensuring a healthy, vigorous crop stand, or you can seed into warm, moist, soil. It’s all a matter of timing.”