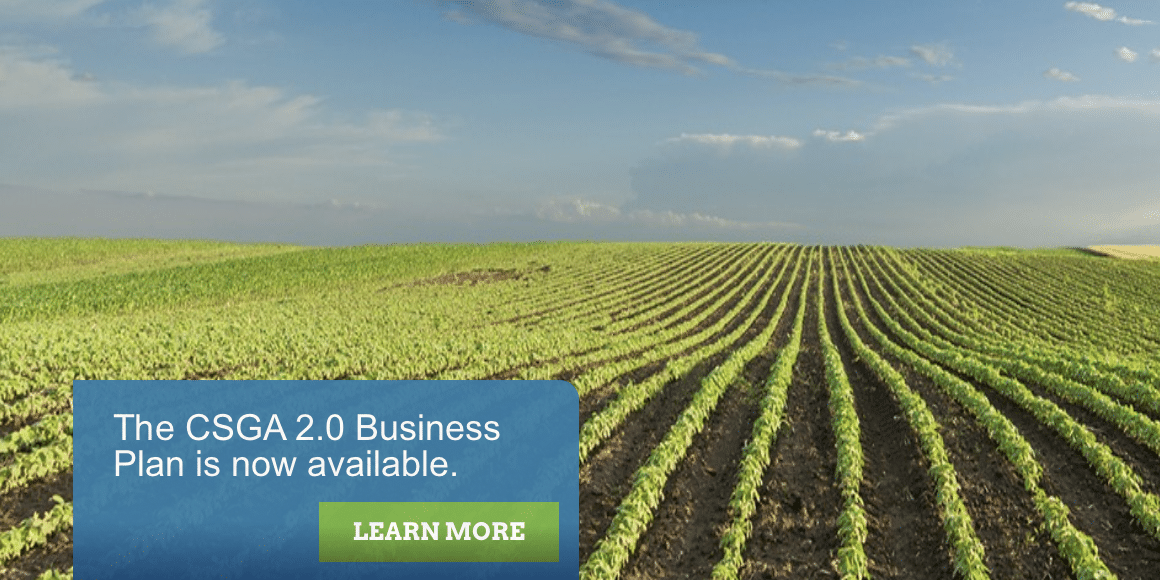 At its annual general meeting on April 14, 2021 the Canadian Seed Growers’ Association (CSGA) presented its vision for the future — one which positions CSGA as the “stewards” of Canada’s seed certification system while working with industry partners to renew the seed sector’s future, according to the document.

According to new CSGA Executive Director Doug Miller, last fall’s Seeds Canada amalgamation vote — when CSGA members voted not to amalgamate with four other seed associations to form a national seed organization called Seeds Canada — was a “watershed” in CSGA’s history. Now, he says, it’s time for CSGA to move on and create a sustainable business model that’s going to help drive the seed sector forward.

“With this new business plan, CSGA is stepping up to put ourselves at the centre of a renewed seed certification system,” says Miller, who takes the leadership reins from Glyn Chancey, who has retired.

The new business plan — dubbed CSGA 2.0 — is based on three main ideas which Miller says underpin the thinking behind this renewal of CSGA.

The first of those ideas is to position CSGA as leader of the seed certification system with Canadian Food Inspection Agency (CFIA) oversight. Miller says this requires the CSGA to take a leadership role in delivering a comprehensive seed varietal certification program that reliably assures genetic identity in partnership with the CFIA.

Secondly, Miller says CSGA’s commitment to a digital business model will allow it to launch an end-to-end digital seed certification system which reduces red tape and builds a solid foundation for new opportunities.

Thirdly, CSGA will focus on governance and partnerships to emphasize “an inclusive and service-oriented approach, ensuring stakeholders are engaged in a next-generation seed certification system which is professional, resilient, and meets the diverse needs of Canada’s agri-food economy,” according to the business plan.

Leading in a New Seed Landscape

After last year’s decisive vote on the Seeds Canada amalgamation proposal, the CSGA board of directors struck several working groups to look at how to modernize and advance the association. One of those working groups looked at the issue of strengthening CSGA’s advocacy work.

She notes CSGA works closely with several key partners from the government, industry and the value chain to deliver on its delegated authority as Canada’s seed crop certification authority.

“However, what we heard throughout the amalgamation vote was the desire for members to be represented by CSGA,” Lafontaine says.

Miller emphasizes CSGA will remain a nonpartisan, science-based organization whose primary focus is on maintaining and defending the integrity of the seed certification system.

“We will work closely with provincial branches to work on provincial issues. We also recognize that Seeds Canada is a part of our industry now, and they are a valued partner,” he says. “We have to find ways to work with them to identify a path forward on areas where our policies align.”

While the CSGA 2.0 business plan suggests that the CFIA continue to be ultimately responsible for the seed certification program, it says the CSGA’s delegated authority should be expanded to include certification of Foundation, Registered and Certified seed.

Miller says with seed regulatory modernization underway, the opportunity exists to make changes which will empower the CSGA to become the go-to industry authority for Canada’s seed certification system.

The CSGA 2.0 vision draws from the Seed Synergy White Paper, which laid out a vision for what was then termed an “industry-led, government-enabled” seed regulatory system. The business plan puts CSGA at the core of the seed certification system, something Miller notes was originally laid out in the CSGA’s 2017 Strategic Plan.

“The value proposition that we’re helping to bring to the table here is a CSGA-led government-enabled national seed certification system, a system that can be responsive to the needs of its stakeholders and be able to keep up with the pace of business,” Miller adds.

“We’re positioning CSGA to take the lead within the Canadian system in terms of the operational aspects of it and government lead where it’s most appropriate. We’re not prepared to take a backseat; we are ready to take that leadership role moving forward.”